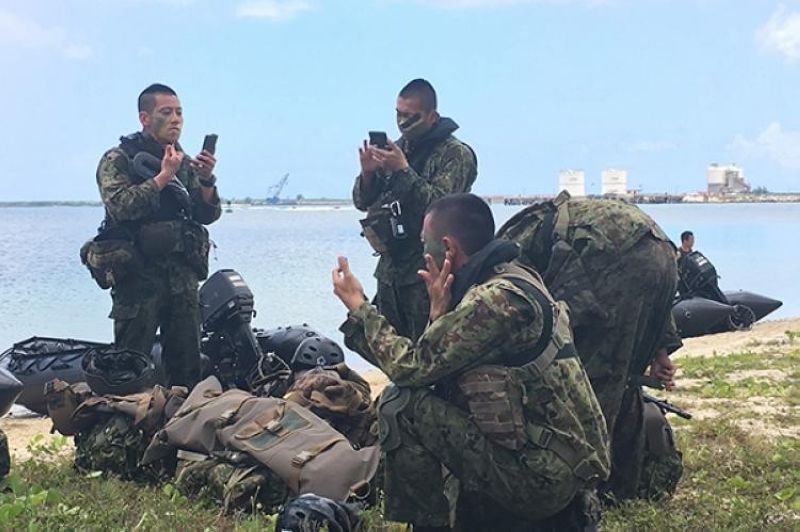 FOREIGN Affairs Secretary Teodoro Locsin Jr. said he has issued a diplomatic note to the US ambassador, indicating the Philippine government’s intent to suspend for six months the termination of the Visiting Forces Agreement (VFA).

Locsin said he issued the note on June 1 on instruction of President Rodrigo Duterte.

I issued this diplomatic note to the US ambassador. It has been received by Washington and well at that. The Note is self-explanatory and does not require comment except from me. The abrogation of the Visiting Forces Agreement has been suspended upon the President’s instruction. pic.twitter.com/BXqzyNpOty

In its diplomatic note, the government said "the suspension shall start on even date and shall continue for six months, which period is extendable by the Philippines for another six months, after which the tolling of the initial period in Note Verbale No. 20-0463 dated 11 February 2020 shall resume."

US Ambassador Sung Kim, in a post on Twitter, said the United States welcomed Manila’s decision to suspend the termination of the agreement.

“The United States welcomes the Philippine government’s decision to suspend the termination of the Visiting Forces Agreement. We look forward to continuing strong defense and security cooperation with our Philippine #FriendsPartnersAllies,” he stated.

The United States welcomes the Philippine government’s decision. Our long-standing alliance has benefited both countries, and we look forward to continued close security and defense cooperation with the Philippines. #FriendsPartnersAllies @dfaphl https://t.co/zqGzUq1kC8 pic.twitter.com/GxiYSRinSl

Department of National Defense (DND) Secretary Delfin Lorenzana on Wednesday, June 3 support for the suspension of the abrogation of the Visiting Forces Agreement (VFA).

“The Philippine defense establishment is ready to continue working closely with our US counterparts to find solutions to common concerns such as the ongoing pandemic that has greatly affected both our countries,” he said in a statement.

“The DND and AFP will continue to consult with the Office of the Presidential Commission on Visiting Forces on issues that need to be addressed. In times of crises and global uncertainty, it is our belief that nations are only made stronger if we work together and focus our efforts on tackling the various challenges that confront us all,” he added.

The Philippines first notified the US of its intent to terminate the VFA on February 11, 2020, following the cancellation of the US visa of Senator Ronald Dela Rosa, the former PNP chief and principal implementer of the Duterte’s war on drugs.

The VFA is a security and defense cooperation agreement forged between the Philippine and US governments in 1999. (Third Anne Peralta-Malonzo/SunStar Philippines)
< Previous PageNext Page >