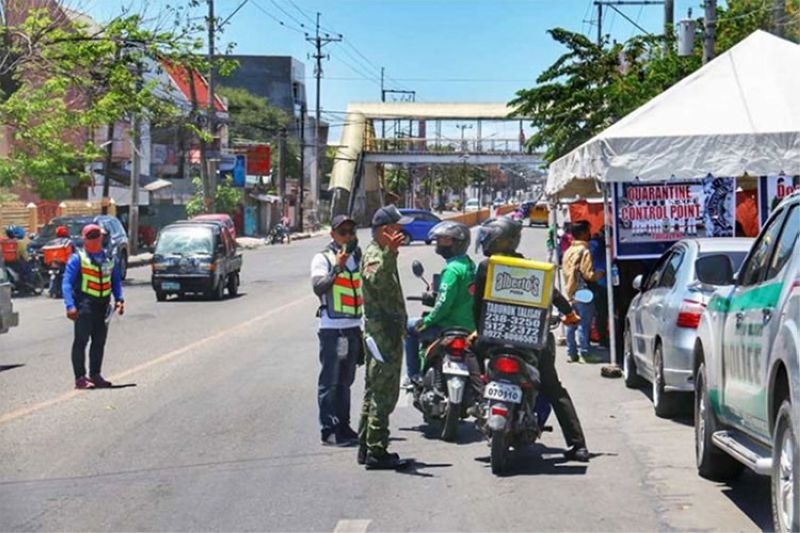 The Cebu City memo permits the movement of persons coming from or returning through Mandaue City and Lapu-Lapu City, or (any else) passing through, requiring ID card, certificate of employment, and business permit. Its border checkpoints honor a travel pass, vehicle pass or border pass issued by Mandaue and Lapu-Lapu.

Cebu City lists eight groups of persons allowed to enter and exit its borders, notably those crossing zones for work permitted in the zone of destination and returning home.

Cebu Province lists also eight groups, allowed to cross borders in commuting for their work outside the province. Requirements are mostly ID card and certificate of employment. In the case of health professionals, the Professional Regulation Commission license; air travelers, the plane ticket; professionals, their ID and the paper that refers to the purpose of the travel.

Conspicuously taken out are the passes of LGUs. In Cebu City though, the pass of Mandaue and Lapu-Lapu -- conceding to a "reciprocity agreement" of the three cities -- is honored but not required.

The much-circulated poster-style message of Local Government Secretary Eduardo Año carries the headline: "DILG: No need for quarantines passes in areas under ECQ."

Cebu City and Cebu Province generally comply with that under their respective memos.

The checkpoints though remain. The obvious reason is that the persons allowed to cross borders are still limited. Mayor Labella's memo says the checkpoints shall be maintained at all times "to ensure that only essential travel" and exempt persons can "enter/exit/transit through" Cebu City.

Cebu City in Mayor Labella's memo does not provide for individuals or groups that wish to travel and cross into or pass through the city.

The city guidelines are silent about persons not included among the exemptions but want to travel within Cebu island. Either the exclusion is total, in which case it becomes more harsh and arbitrary, or discretion is given to City Hall or the police or tanods guarding the checkpoint.

[1] Those not in the list of persons permitted to travel who want to visit Cebu City must "secure authority to travel" from the mayor of the locality where he resides.

[2] Those not exempted from the ban who need to travel from Cebu City to the province shall "secure travel authority" from Capitol.

On top of the rule requiring a Cebu City resident to go to Capitol, or a province resident to go to the town hall or city hall, for a pass, a screw tightens it some more: the pass is valid for only one day, meaning one has to limit his visit to less than 24 hours or secure another pass to lengthen it. Imagine the formidable effort it would take if the travel distance is long.

An aggrieved person can take his case to DILG or IATF and protest or appeal. But it would take a lot of energy to do that. The local official enforces the rule, not IATF.

The ordeal inflicted by the emergency has sapped most people's will to fight City Hall or Capitol. Better to sit this one out and wait for the borders to finally open again, when CQ will have retired and gone back to its place in the alphabet.