Fresh virus cases increase for 3rd day in a row 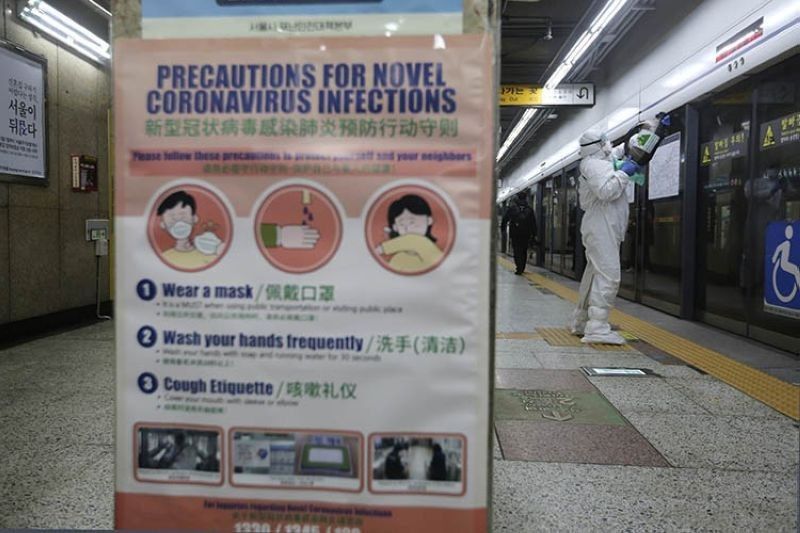 In this file photo, a worker wearing protective gear sprays disinfectant as a precaution against the coronavirus at a subway station in Seoul, South Korea. (File Photo)

FRESH cases of coronavirus disease (Covid-19) increased for the third day in a row while late cases jumped to bring the total count closer to 20,000 infections in the Philippines as of Wednesday, June 3.

The Department of Health (DOH) reported a total of 751 additional cases as of 4 p.m. Wednesday, which raised the total count to 19,748.

Of the 221 fresh cases, 102 are from Central Visayas or Region 7, 68 are from the National Capital Region or Metro Manila, and 52 from other regions.

Deaths remained in the single-digit level for the fifth consecutive day, with the DOH reporting eight mortalities in the last 24 hours, increasing the death toll to 974.

Recoveries also increased to 4,153, with 90 reported on Wednesday.

The number of fresh cases have been increasing since June 1. DOH reported 119 cases on June 1, an increase of more than 600 percent from the 16 cases on May 31.

Fresh or new infections increased further to 176 on June 2 and continued to climb to 221 on Wednesday, as the country entered its third day of relaxed quarantine restrictions. (Marites Villamor-Ilano/SunStar Philippines)