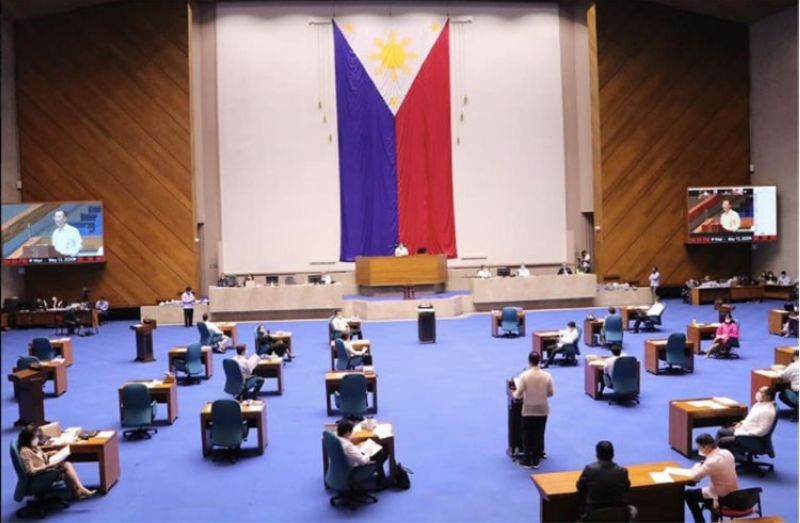 (UPDATED) Voting 173-31 with 29 abstentions, the House of Representatives approved the new anti-terrorism bill despite protests held by some activists and human rights groups on Wednesday, June 3.

House Bill 6875 was passed just a couple of days after President Rodrigo Duterte certified it as urgent and asked Congress to address the “urgent need to strengthen the law on anti-terrorism”.

HB 6875 will repeal the Human Security Act of 2007. It was copied from Senate Bill 1083, which the Senate passed on third and final reading in February 2020.

With the House approval of a bill that merely adopted an approved Senate measure, there would no longer be any bicameral conference and the final bill would be submitted to President Duterte for approval.

If enacted into law, this will allow warrantless arrests of persons suspected of being terrorists. They may be detained for 14 days with an allowable 10-day extension, or up to a total of 24 days without charges.

The bill also penalizes persons who voluntarily and knowingly join any terrorist organization, association, or group of persons with imprisonment of 12 years.

Authorities may conduct 60-day surveillance on suspected terrorists, with an allowable 30-day extension.

To allay concerns of abuse, the Commission on Human Rights will be notified in case of detention of a suspected terrorist.

Surigao del Norte Representative Robert Ace Barbers, in explaining his affirmative vote, said he agreed with the measure in principle but has some reservations about some provisions and was hoping to be able to introduce amendments during the bicameral conference.

But Iloilo Rep. Janette Garin, who voted no, pointed out that there will no longer be any bicameral conference given that the House bill was just copied from the Senate bill.

Most of the 31 who voted no lamented that no amendments were allowed to be introduced to the bill and some of them were not given the chance to ask questions.

The measure not only establishes Philippine jurisdiction over Filipino nationals who may join and fight with terrorist organizations outside the Philippines but also ensures that foreign terrorists do not use the country as a transit point, a safe haven to plan and train new recruits for terrorist attacks in other countries.

Aside from allowing warrantless arrests and detention of up to 24 days without charges, the bill removed the provision on payment of P500,000 damages per day of detention of any person acquitted of terrorism charges.

Also, the use of videoconferencing for the accused and witnesses to remotely appear and testify will be allowed under the measure. (Marites Villamor-Ilano/SunStar Philippines)