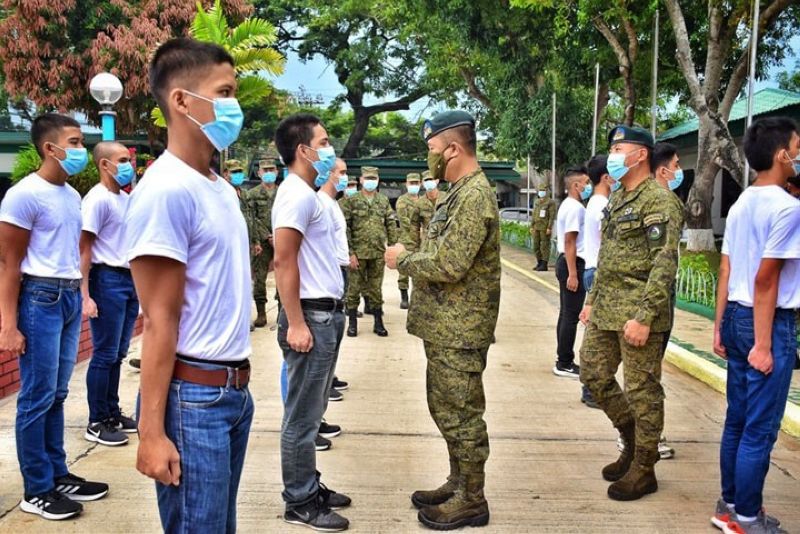 This came as all incoming cadets of PMA Class 2024 were directed to report to the Unified Command headquarters near their respective residences on Sunday, May 31, to observe a seven-day quarantine until Sunday, June 7.

Lieutenant General Cirilito Sobejana, commander of Westmincom, led the officers and men of the command in welcoming the incoming PMA cadets -- 23 males and two females.

Sobejana said Westmincom was tasked to ensure the successful implementation of the general guidelines on preventing coronavirus disease (Covid-19) that are aligned with the Department of Health (DOH) protocol, such as the conduct of Reverse Transcription Polymerase Chain Reaction (RT-PCR) testing and mandatory quarantine prior the travel of the incoming cadets to the academy in Baguio City.

The Westmincom chief said only those who will be tested negative for Covid-19 will be allowed to report to the academy, while those who will be found positive will remain under quarantine and follow other related protocols.

He said the testing was facilitated by personnel of the Camp Navarro General Hospital with the help of Regional Epidemiology and Surveillance Unit of the DOH regional office. The incoming cadets had their rapid tests done Monday, June 1.

Sobejana expressed hope that all of them will successfully graduate from the academy and form part of the Armed Forces of the Philippines (AFP).

He told the cadets to always believe they can do it and always maintain a positive mental attitude for them to survive in the academy.

"Loving your service is one of the best motivation. Love your being a cadet. The more you love it, the more you survive," Sobejana said. (SunStar Zamboanga)