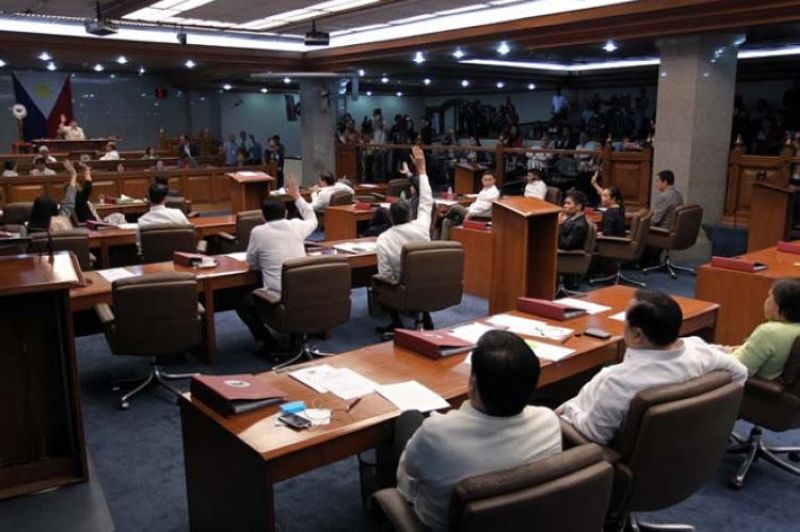 THE Senate on Wednesday, June 3, approved on second reading a bill seeking to give President Rodrigo Duterte special emergency powers to address the coronavirus disease (Covid-19) epidemic in the country until September 30, 2020.

If enacted into law, Senate Bill no. 1546 will also extend the government’s social amelioration program and the President’s power to reallocate funds to help people who are gravely affected by the Covid-19 crisis under the Bayanihan to Heal as One Act.

But it will no longer have a punitive provision.

Senate President Vicente “Tito” Sotto III has made it clear that the measure would be passed before Thursday, June 4.

Senator Grace Poe has suggested amendments such as the power to build more cell sites and infrastructure for the country to have faster and more stable internet connection.

“I mention this because the President himself is serious about encouraging a hybrid sort of education modality, but in many places signal is really bad,” Poe said.

“So I think it's, when we say infrastructure, the first thing that comes to our mind is actually roads and bridges but it could also be other things, especially, when it comes to connectivity,” she added.

The senator aired the country’s need to have at least 50,000 more cell sites to strengthen the internet connection during the Covid-19 crisis.

“We need to specify that additional cell towers are a priority because it is key to better internet access in the country,” Poe said.

On Monday, June 1, Senate Minority Leader Franklin M. Drilon said the new Bayanihan Law, or Bayanihan to Recover as One Act, would amend the Bayanihan to Heal as One Act, or Republic Act 11469, and repeal its punitive provision.

Section 6 of RA 11469 punishes various offenses with imprisonment of two months or a fine of not less than P10,000 but not more than P1 million, or both, to be determined by the court.

Drilon said the repeal of this provision Drilon “will avoid the notion that the Bayanihan Law is anti-poor because it is the poor and the vulnerable that are victims of the inequity in its implementation.” (Jove T. Moya/SunStar Philippines)