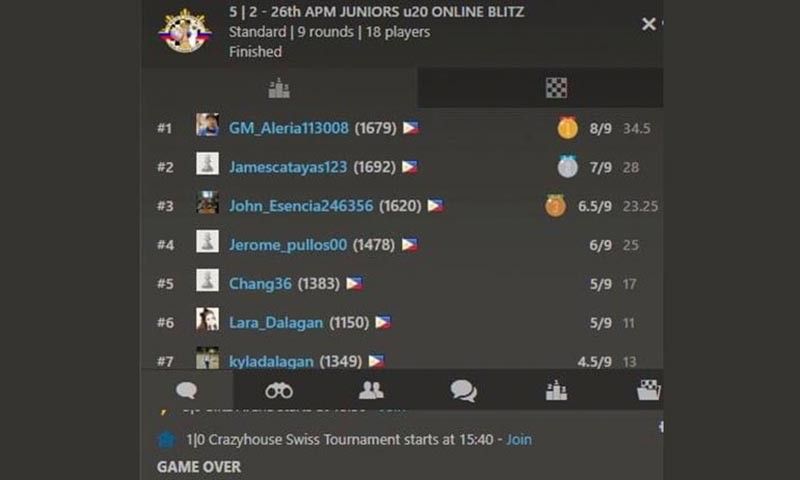 They all received minimal cash prizes from the organizers.

Tournament sponsor and organizer Ely Acas earlier said the series of youth chess tournaments under APM aim to give student players a venue to hone their chess skills through competition while they are the comforts of their homes.

The tournament, organized by the National Chess Federation of the Philippines (NCFP), stakes cash prizes of P6,000, P3,000 and P2,000 to the top three placers while the fourth to 20th players will claim P1,000 each.

The top 16 will qualify to the round robin grand finals where each participant is assured of P5,000 and the champion will pocket P30,000.