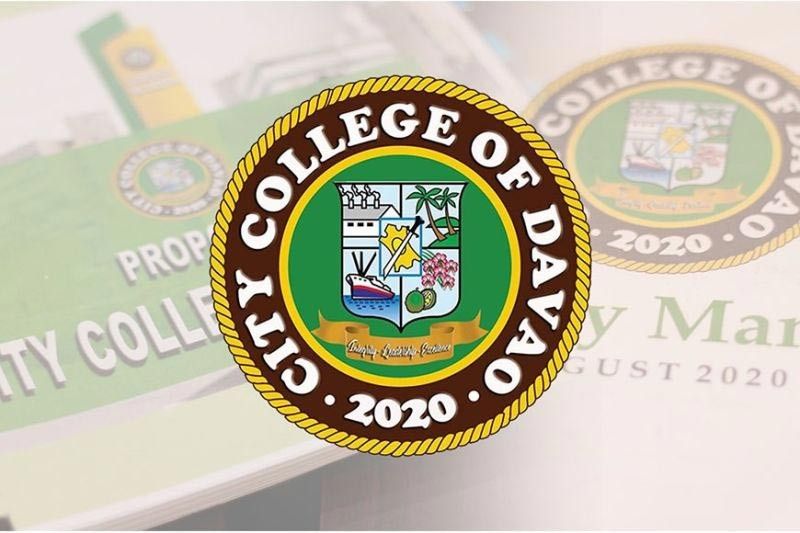 THE long-awaited opening of the City College of Davao (CCD) will not push through this year, Davao City Mayor Sara Duterte-Carpio said Wednesday, June 3, due to the continuing threat of the coronavirus disease (Covid-19) pandemic.

Duterte-Carpio said in a radio interview on 87.5 FM Davao City Disaster Radio that the opening of CCD is postponed to either 2021 or 2022.

"Ang (The) City College of Davao is postponed to 2021 or 2022, depending on the availability of the fund for next year or 2022," the mayor said in an interview.

Early January this year, the ordinance creating CCD was passed on the 19th City Council.

Councilor Pilar Braga, committee chairperson on education, science and technology, arts and culture, said in a previous interview that enacting the establishment of the city college, which was first pushed in 1994, is a "dream come true."

Duterte-Carpio said in a previous press conference that an estimated P100 million is needed for the school to materialize, which was initially targeted to open in July or August this year.

The mayor said P50 million will be needed for the construction of the college, while P35 million will be used for the salary of the personnel, including teachers. The remaining P15 million, she said, will be allotted for other expenditures, which she did not specify.

Initially, the mayor said they can source funding for the city college construction from last year's Supplemental Budget.

Duterte-Carpio, however, did not further elaborate if the budget supposedly to be used for the construction of the CCD was allocated in the city's Covid-19 response.

She said the postponement will give the local government ample time to prepare for its opening, including scouting for its permanent site which is still being finalized.

Initially, the Alternative Learning System (ALS) on Pelayo Street is being eyed as the temporary site for CCD.

But in a recent report, the city college is eyed to be located near Davao City National High School.

The City Government is also pushing through with the expansion of the University of Southeastern Philippines (Usep) in Barangay Malabog, Paquibato District.

The 19th City Council on Tuesday, June 2, passed an ordinance authorizing the City Mayor's Office to enter into a memorandum of agreement (MOA) with the University of Southeastern Philippines (Usep), relative to the conduct of a feasibility study on the establishment of the USEP-Malabog Campus.

Quitain said the feasibility study will have an estimated budget of P1.137 million.

Duterte-Carpio also said the opening of Usep-Malabog will also not happen anytime this year due to the ongoing feasibility study.

The mayor also previously bared that the City Government will be allocating P54 million for the construction of the Usep annex building, which will be sourced from the 2020 annual budget of the city.

But based on the latest update she received, there is a problem in the property of where the school will be constructed.