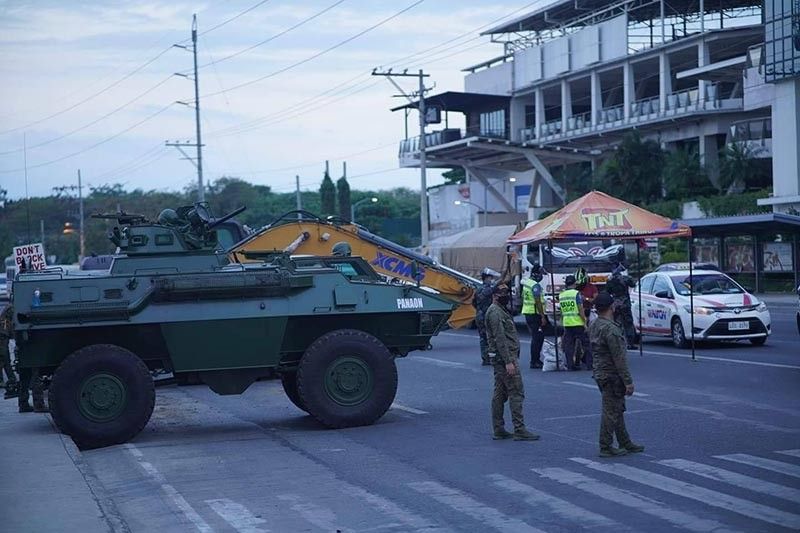 LOCAL government units (LGUs) cannot keep their borders closed "forever," an official from the Department of the Interior and Local Government (DILG) reminded.

DILG-Davao Director Alex Roldan, in a radio interview on Tuesday, June 2, said that with the implementation of the modified general community quarantine (MGCQ), LGUs should now gradually open their borders to neighboring provinces within the region.

But he observed that some areas in the region continue to impose strict border entry despite being placed under MGCQ.

He said the GCQ or MGCQ is a "process of rebuilding" one's economic activity following the lifting of restrictions resulting in some establishments to operate, but ensuring compliance with the health security standards set by the Department of Health.

Roldan also underscored that according to the IATF-EID omnibus guidelines, movement of persons across areas placed under GCQ or MGCQ for any purpose, except leisure and amusement, shall be allowed.

The DILG also said that the travel between GCQ and MGCQ shall no longer require any travel authority or acceptance letter.

Instead, the official said checkpoint officials should honor their valid identification card or employment document.

He said travel authority would only be required when travelling to other regions.

He also urged local government units to lessen its restrictions on checkpoints.

"It (checkpoints) is not a total guarantee na walay makasulod na Covid-19 case sa inyoha. Ang atoa lang gihimo sa checkpoint is to delay para maka-prepare atong sistema sa pag-accept kung duna bay maapektohan (It cannot guarantee that the Covid-19 virus will not enter your premises. Checkpoints only help the delay the transmission by a system set to determine if the person is infected by the virus)," Roldan said.

Roldan added that long-term security measures and protocol standards, such as upgrading its health quarantine facilities and limiting community movement, will help reduce the spread of the coronavirus disease (Covid-19).

He also said that the continuing "isolation" restrictions set by a certain LGU could have a domino impact to its neighboring municipalities or cities.

On accepting returning stranded residents, he said LGUs are mandated to welcome them, provided the LGUs would set quarantine protocols and measures in accepting their returning residents.

But Roldan said they are currently facing challenges in the IATF guidelines implementation of some LGUs.

He cited Davao City Mayor Sara Duterte-Carpio's issue of some LGUs excessively implementing restrictions in accepting Davao City residents to their areas for work or other essential purposes.

He said DILG already communicated with them and had admitted they are still struggling in mounting their health screening protocols.