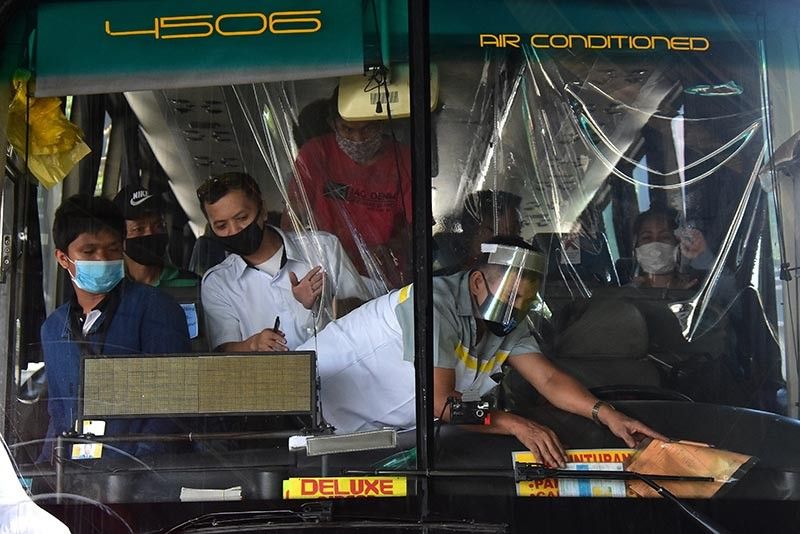 DAVAO City Mayor Sara Duterte-Carpio said there is a need to augment provincial buses as commercial air flights will resume in the city on June 8.

Duterte-Carpio, in a radio interview on Wednesday afternoon, June 3, said the City Government, admittedly, is still having a problem in the augmented bus trips and vans going in and out of the city due to the restrictions set by neighboring local government units within Davao Region.

She said in a previous interview that bus and van trips had to be fixed first before the city can start accepting commercial flights.

She added they are expecting passengers who are from neighboring provinces.

Duterte-Carpio also said in a previous interview that stranded mercy flight passengers have also been the City Government's problem since not all local government units are notified immediately with the arrival of their residents in the city.

The mayor said the City Government had temporarily assisted them while waiting for their respective LGUs to ferry them back home. Those who were stranded were housed in one of the city's transient centers.

She, however, did not elaborate if the same would be done to stranded commercial flight passengers.

Meanwhile, the mayor said the City Government, in coordination with the Civil Aviation Authority of the Philippines (Caap), is preparing for the resumption of the commercial flights.

Caap-Davao airport manager Rex Obcena said on Tuesday, June 2, that Duterte-Carpio requested the Department of Transportation (DOTr) to allow them to delay the resumption of airport operations.

The mayor, meanwhile, said Caap-Davao is finalizing some measures in preparation for the flight resumption.

After several delays, the inter-provincial bus trips in the city resumed on Monday, June 1.

However, the resumption of the bus trips was a challenge since only one trip per day will be available for every applicable route and only few bus routes were given permits.

Davao City Overland Transport Terminal (Dcott) head Aisa Usop said in a recent interview that they already anticipated the challenges on the first day. Hence, passengers not able to get on a bus will be prioritized on the next day's trip.

The mayor said they would refer the matter to the Land Transportation Franchising and Regulatory Board-Davao Region (LTFRB-Davao), the agency in-charge in issuing special operating permits to buses and coordinating with the different local government units in the region.