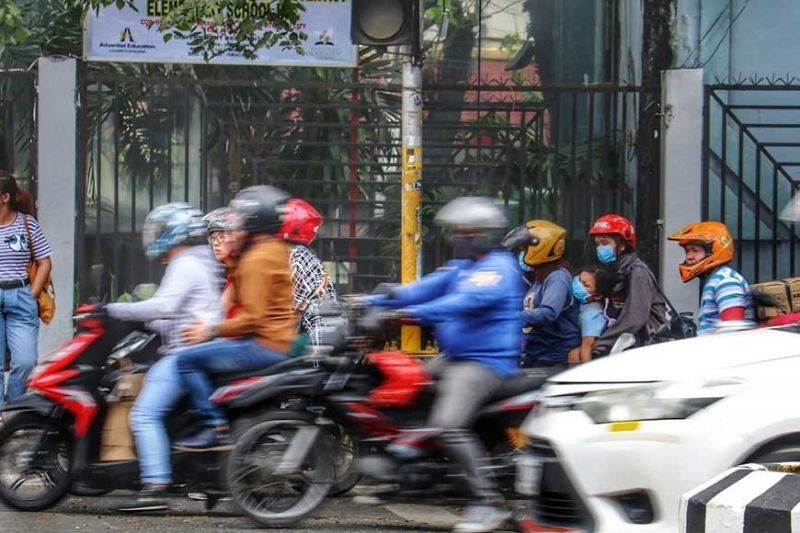 CEBU Governor Gwendolyn Garcia has allowed backriding on private motorcycles in the province, a move seen to help several workers who have complained of being stuck in the streets waiting for the few public utility buses and modern jeepneys allowed to run during the general community quarantine (GCQ).

This is to address the needs of families and those who need to take a motorcycle to work together with a co-worker.

During her press conference on Wednesday, June 3, 2020, Garcia issued Executive Order (EO) 19 permitting backriding on private motorcycles in the province, which has been under GCQ status since May 16.

EO 19 mandates that both the backrider and driver must wear closed shoes and the Department of Trade and Industry-prescribed helmets. The driver cannot charge for the backride.

Garcia clarified that EO 19 will not take effect immediately as the Provincial Board (PB) still has to convene on Friday, June 5. The PB is expected to pass an ordinance adopting her order, which she certified as urgent.

Earlier Wednesday, the governor had discussed the matter with representatives of the Land Transportation Office (LTO) 7, Land Transportation Franchising and Regulatory Board (LTFRB) 7, the mayors of the six component cities (Bogo, Danao, Talisay, Naga, Carcar and Toledo), and her daughter Liloan Mayor Christina Garcia-Frasco, president of the League of Municipalities of the Philippines–Cebu Chapter, representing Cebu’s 44 towns.

Before she issued EO 19, Garcia said her team had studied Republic Act 4136 (Land Transportation and Traffic Code) and the Supreme Court decisions on backriding.

“Sigon sa balaod, nakita nato nga wala gidili ang backride (According to the law, we saw that backriding is not prohibited),” she said.

LTO 7 Director Victor Caindec refused to comment on Garcia’s latest order, saying the Department of Transportation (DOTr) has the final say on the motorcycle backriding ban.

The ban had been implemented since backriding does not allow for social distancing.

After his office receives copies of EO 19 and the ordinance, the LTO 7 will forward these documents to the LTO central office which, Caindec said, would endorse them to its mother agency—the DOTr. The LTO 7, he said, will only make a move after it receives the DOTr’s decision.

He said he had sent two letters to the Inter-Agency Task Force (IATF) on Emerging Infectious Diseases, asking to allow his constituents to ride on motorcycles driven by their relatives. He has yet to receive a reply.

Labella also asked the DOTr to allow drivers of public utility jeepneys to transport passengers as the city is now under GCQ.

Since it might take time for the DOTr to decide on his request, Labella said he plans to augment the buses plying Cebu City.

In places under GCQ, only buses and modern jeepneys are allowed to carry passengers on a reduced capacity.