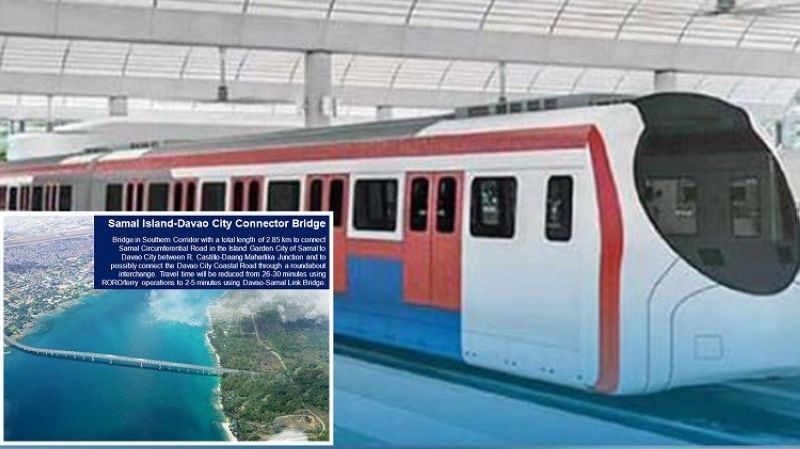 “It may be noted that as we look ahead to transitioning to recovery, infra development is also among the key government strategies cited,” Montenegro said.

He said the contract negotiation for the preparation of the Davao-Samal Bridge's Detailed Engineering Design (DED) has just been finished.

Montenegro added the start of the DED preparation is tentatively set in July 2020. The DED and feasibility study of the bridge is funded by the Asian Development Bank through the Infrastructure Preparation and Innovation Facility.

“The Davao-Samal Bridge is among the priority projects under the Build, Build, Build Program proposed by DPWH for funding in CY 2021,” Montenegro said.

Neda-Investment Coordination Committee (ICC), in November 2019, endorsed the Davao-Samal Bridge to the Neda Board.

The P23.04-billion bridge, which will be sourced from Official Development Assistance funds, aims to provide a permanent road linkage between Davao City and the Island Garden City of Samal (Igacos) that would reduce travel time and reliability constraints currently experienced through the use of ferry services.

Island Garden City of Samal (Igacos) Mayor Al David Uy, in April this year, admitted the possible delay of the construction of the Samal Island-Davao City Connector Project (Davao-Samal Bridge) due to the continuing threat of Covid-19.

“Isa na siya, but hopefully dili madisgrasya atong budget. Unta dili ma-realign. Isa ni sa among ginaampo namo (It [Covid-19] is one of the reasons. But hopefully the budget will not be realigned),” the mayor said in an interview in GMA’s One Mindanao.

He said the groundbreaking of the Davao-Samal Bridge will commence on July 1, as announced by Davao del Norte Governor Edwin Jubahib.

Jubahib said the groundbreaking will be held simultaneously at Azuela Cove in Davao City and in Barangay Caliclic in Island Garden City of Samal (Igacos) -- the two points interconnecting the planned bridge.

However, Davao City Mayor Sara Duterte-Carpio revealed in January that a family, whose property will be covered in the Davao-Samal Bridge’s road right of way, filed a written opposition to the DPWH.

Duterte-Carpio said the family is also going to file a writ of Kalikasan against the project.

Jubahib, however, assured that the environment would be protected throughout the phases of the bridge construction.

Neda-ICC also endorsed last year the first phase of the Mindanao Railway project, but only with the single-track diesel-powered design instead of the two-track electric-powered design proposed by the Regional Development Council (RDC) in Davao Region.

RDC-Davao chair Jayvee Tyron Uy questioned it, and would still appeal to revert the approved design to a two-track electric-powered railway.

However, DOTR assistant secretary for railways and Mindanao projects Eymard Eje said that it should be Neda who should be questioned since it is the agency who approved it.

Eje said the first design proposed during the first quarter of 2017 for the Phase 1 of the Mindanao Railway was single-track, diesel-powered.

The first phase of the railway, which extends about 102 kilometers, connects the cities of Tagum, Davao and Digos.

In previous reports, Neda increased the project cost from P35 billion to P81 billion, which included the construction of an oil depot in Davao City.

Minda also raised concern on the possible issues on the road right of way acquisition of the design.