Business as usual for DavOcc Tigers 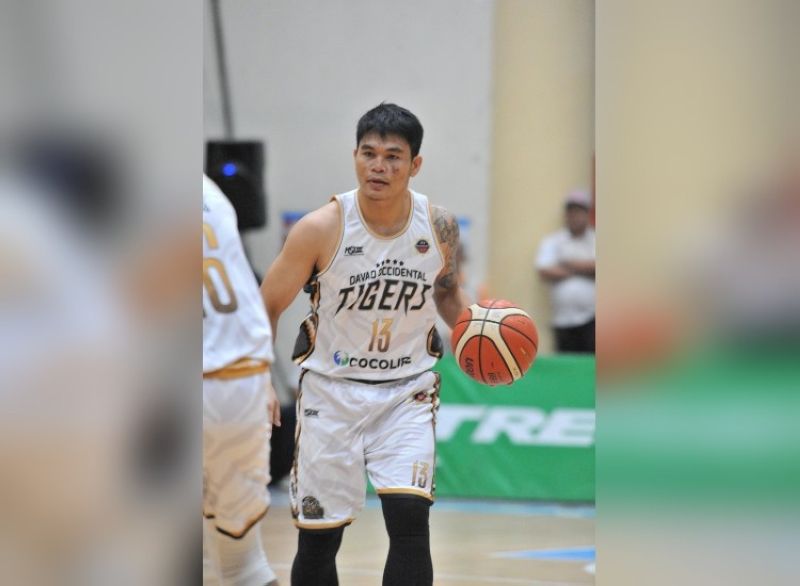 IT'S business as usual for the Davao Occidental Tigers team, who even after the recently announced suspension of the Maharlika Pilipinas Basketball League (MPBL) 2020-2021 season due to the coronavirus disease (Covid-19) pandemic, continued with their Zoom workout Thursday, June 4, 2020.

Dabawenyo assistant coach Arvin Bonleon, in a phone interview with SunStar Davao, said the team is still intact and the management, led by Representative Claudine Bautista, has not yet made any announcement on termination of their contracts due to the league's season suspension.

"Bag-o lang nahuman among team workout. Padayon gihapon mi sa training. Blessed gani kaayo mi kay ang ubang teams wala naman ata gasweldo pero kami ginaswelduhan paman gihapon mi. Dako jud among pasalamat sa management (we just finished our team workout. We continue with our training. We are truly blessed since we heard that some teams have already stopped giving salaries to their players and coaches but for us we have still been receiving our salaries. We are truly thankful to the management)," he said.

The team of 18 players and six coaches train on Mondays, Tuesdays, Thursdays and Fridays for one hour to 90 minutes. Coaches rotate in leading each session.

It can be recalled that the Don Dulay-mentored Tigers escaped an 81-76 Game 2 win over Basilan to tie the south division finals series to, 1-1, in the MPBL-Lakan Cup on March 11 at the Lamitan New City Gymnasium. Few days later, the community quarantine was enforced in most parts of the country and government protocols prohibited mass gathering such as sports activities.

Thus, the do-or-die game between Davao Occidental and Basilan, which was scheduled on April 1 at the RMC Petro Gazz Arena in Davao City, did not push through.

MPBL decided to suspend the season since contact sports is still prohibited and the league’s television partner, ABS-CBN Sports and Action, shut down with franchise concerns.

MPBL, led by league commissioner Kenneth Duremdes, sent a memorandum to all participating teams on the cancellation of the 2020-2021 season and notifying them on the June 12, 2021 resumption of the games.