No exemptions, Duterte says on ban vs motorcycle backrider 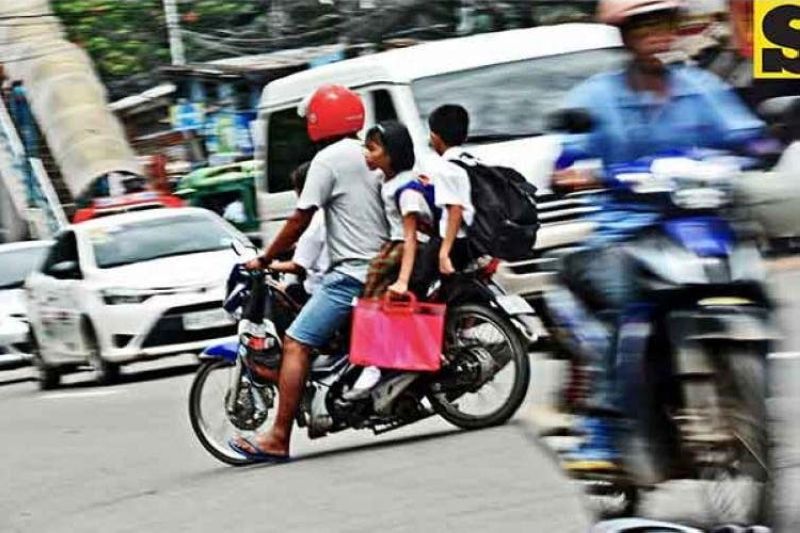 MUCH as he would like to support the decision of Cebu Governor Gwendolyn Garcia to allow backriders on motorcycles, President Rodrigo Duterte on Friday, June 5, said he could not approve any exemption to the ban.

Duterte said he could be charged for giving Cebu undue advantage to the prejudice of other local government units.

“Kung idemanda talaga ako - I’m a prosecutor before I became mayor - I think may tama ako d’yan. That’s one - I go to prison. Second is discriminatory, if at all, because ang discretion ko is used to excuse one from the burden of the law that is placed on others,” he said during his meeting in Davao City Thursday night, June 4, with some members of the Inter-Agency Task Force for the Management of Emerging Infectious Diseases.

“Kung i-excuse ko ‘to, talagang hihiritan ako ng kaso. Sigurado ‘yan, now or after I go out of the office,” he added.

The Department of Transportation (DOTr) has banned backriders on motorcycles in compliance with the social distancing protocol aimed at preventing transmission of the novel coronavirus, or Sars-CoV-2.

Cebu province is under GCQ, which allows only certain public transport systems at a limited capacity.

Duterte recalled how the overwhelming support he received from Cebu in 2016 helped him win the presidential elections.

“You supported me to the hilt. And one of the factors that led me to victory in the presidential election. But alam mo, much as I would like really to accommodate Governor Garcia and the board members, here’s what I can say: If I begin to give an exemption to one, which...because I will open myself to charges of (violation of the) anti-graft law, giving a person an undue advantage to the prejudice of another,” he said.

Duterte was reacting to a letter sent to him by a congressman, who expressed support to the decision of Garcia to allow backriders on motorcycles. The Cebu Provincial Board is expected to approve an ordinance supporting this policy.

Duterte said he would like to also support the move.

“The law is hard, but it is the law. Wala talaga akong magawa...It’s not my discretion. Just because I’m the President does not mean that I can ignore the laws of the land. Unfair po,” he added. (Marites Villamor-Ilano/SunStar Philippines)