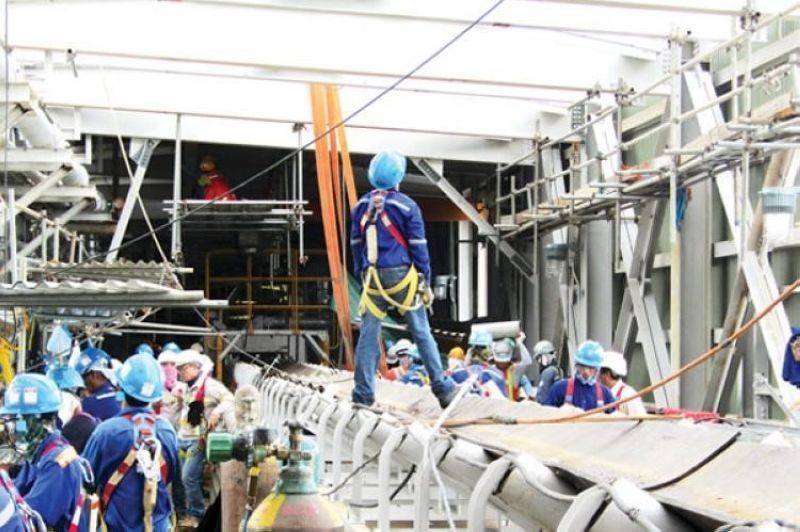 Construction activities were among those that were halted when the country went into lockdown to slow the spread of the novel coronavirus. (File Photo)

ABOUT 7.3 million Filipinos lost their jobs and the unemployment rate increased sharply to a record high of 17.7 percent in April 2020 as the economy ground to a halt due to the lockdown aimed at preventing transmission of the novel coronavirus.

The Philippine Statistics Authority (PSA), in a statement Friday, June 5, said the April jobless rate was more than three times the 5.3 percent in January 2020 and the 5.1 percent in April 2019.

The PSA also said labor force participation rate among Filipinos who are 15 years and older was estimated at 55.6 percent in April 2020, an all-time low in the history of the Philippine labor market.

The labor force participation rate is the proportion of those actively working or seeking jobs.

But the highest was in the Bangsamoro Autonomous Region in Muslim Mindanao (BARRM) at 29.8 percent, followed by Central Luzon with 27.3 percent and Cordillera Administrative Region (CAR) with 25.3 percent.

The number of employed persons who were not at work was reported at 38.4 percent or 13 million of the total employed.

In a statement, Department of Labor and Employment Secretary Silvestre Bello III said the spike in the jobless rate was expected.

"The lockdown during the community quarantine from March to May, which is supposed to be the period for job hunting of our fresh graduates, has put the labor force in a standstill as two-thirds of the economy is shut down," said Bello.

"When the global pandemic hit, we feared that employment will be impacted badly. We expected these results given that health crisis has crippled most of our economic activities," he added.

Under ECQ, public transport systems were suspended, non-essential businesses were closed and the people - except the frontliners, essential workers and those who have to procure essential goods and services - were required to stay at home.