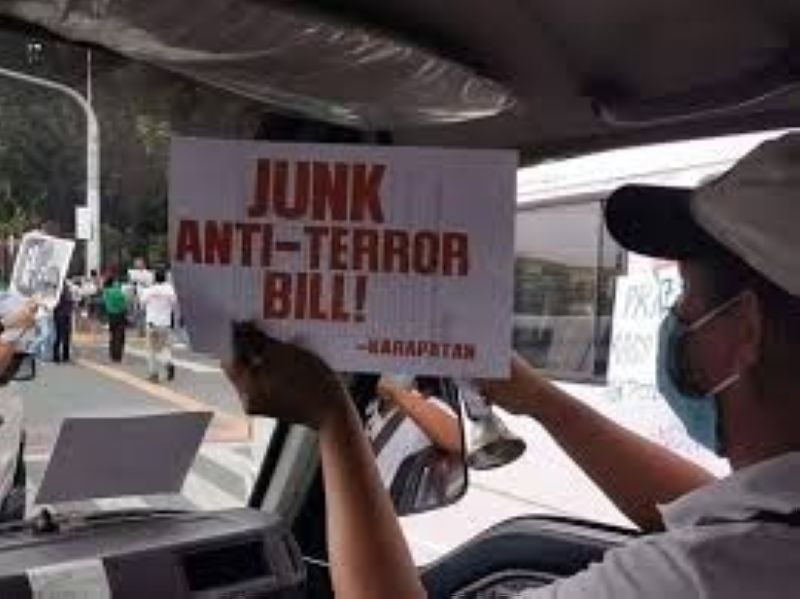 THE House of Representatives adjourned on Friday, June 5, after adopting Senate Bill 1083 or the proposed Anti-Terrorism Act as amendment to its own version, House Bill (HB) 6875.

The bill now requires only the signature of President Rodrigo Duterte to become a law.

Cayetano said the proposed measure will not harm activists in any way as activism is “essential” for change.

“I agree with you sa lahat ng mga nag-post sa Facebook sinabi niyo po that ‘activism is not terrorism’ we agree with you. Let me make that clear--we want to promote activism,” Cayetano said.

“Iyon pong activism is essential, hindi magbabago ang dapat baguhin sa ating bansa kapag walang aktibismo--we should not go after the activists in the guise that they are terrorists,” he added.

The Speaker warned against terrorists who “hide within the ranks” of the activists.

“Kayong mga aktibista, do not allow the terrorist to hide within your ranks,” Cayetano said.

Several human rights groups and lawyers have already warned that the draft law may be used to abuse human rights in the country.

On the same day, police arrested seven activists in Cebu City for holding a protest against the anti-terrorism bill.

The proposed measure, which was certified urgent by Duterte last Monday, June 1, will repeal the Human Security Act of 2007.

If passed into law, a suspected terrorist can be detained up to 14 days with allowable 10-day extension without a warrant of arrest.

Twelve years of imprisonment may also be imposed on anyone who threatens to commit terrorism, perform, or incite others to do such act. (SunStar Philippines)