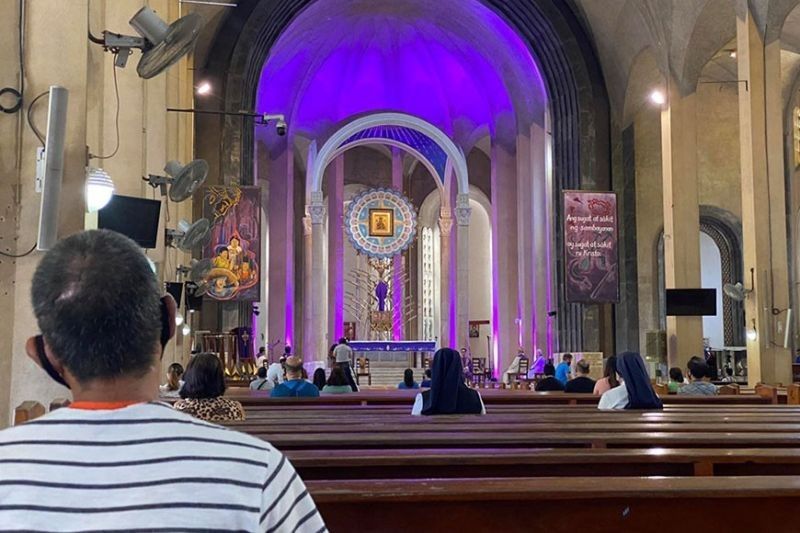 THE SITUATION. In Cebu Province, the violation of the rule for religious gatherings under the omnibus guidelines of the Inter-Agency Task Force (IATF) most likely will not draw reprimand or sanction. Reason: the governor's executive order allows it.

The IATF regulation on religious assemblies under ECQ or general quarantine places the number of those who attend to not more than 10 churchgoers per activity "until otherwise modified through subsequent issuances of the IATF." But Cebu Province -- which like the rest of Cebu is under ECQ -- expands that number.

Cebu Governor Gwen Garcia issued last June 2 Executive Order #17-D allowing devotees to fill half the capacity of the church. The same EO "encourages" faiths of all denominations, not just the Catholic Church, to resume mass and other religious services in the physical building.

This is the thing: The national lead agency, IATF, says 10 people and Capitol says 50 percent of the seats in the house of God.

(An amendment on the IATF guidelines for modified quarantine, contained in Resolution #43 and released Thursday, June 4, expanded "religious gatherings" by adding "and work conferences." It still placed the number of attendees to 50 percent of the seating capacity. Note though that it is for MGCQ, not GCQ.)

Why IATF may not meddle

This is a case of national government policy being superseded in a way by local government rule. But, unless, an individual or group will complain to IATF or the office of the president, central authority may just look away. The probable reasons:

[1] Capitol has been preparing for the modified general quarantine or MGCQ, which the province has scheduled to start on June 12, or just seven days away. If IATF thinks of approving the governor's application for the shift from GCQ to MGCQ, what's a week for the "modified" rule to start early? Consider it a dry-run for the declaration of independence, which Governor Garcia calls the "breaking of shackles" from the Covid-19 pandemic.

[2] Insisting on its 10-person limit in Cebu Province would make IATF look more silly than what the rule has already done.

A Catholic bishop kindly did not call stupid the five-to-10-persons limit in a church under an enhanced or general quarantine. The good bishop did say it is impractical to most people who know the size of most churches. They're generally huge, except for the barangay or sitio "kapilya" or chapel. The IATF restriction, the bishop thought, was like the government saying, Don't open at all. The saner health protocol would've been the one-to-two-meters physical distancing or putting a cap on the number of people seated on each pew.

[3] No reason for the state to make conditions tougher for the church, which generally has complied with all the draconian rules of quarantine.

Governor Garcia tiptoed around the sensitive issue of church-state separation by making it clear she was not ordering the reopening of churches, she was merely "encouraging" them.

It was more of a ritual concession because church-state lines here can be disregarded since the quarantine rules, as a matter of public safety, are superior to religious feelings. Vatican recognized state authority, yielding to lockdowns in Italy, ahead of its archdioceses across the world.

Relevantly, the forces enforcing national policy are the local governments, not IATF or the office of the president.

Unless it would be as controversial and public as the issue of back-riders on motorcycles -- for which the governor is being threatened with a lawsuit by the Department of Interior and Local Government -- the matter of seating capacity of churches may not even reach the central decision makers.

Health protocols -- which the Catholic Church early on had offered to IATF -- would help keep the matter of public safety in houses of worship a concern of the religious community, with no need for the state to intervene.