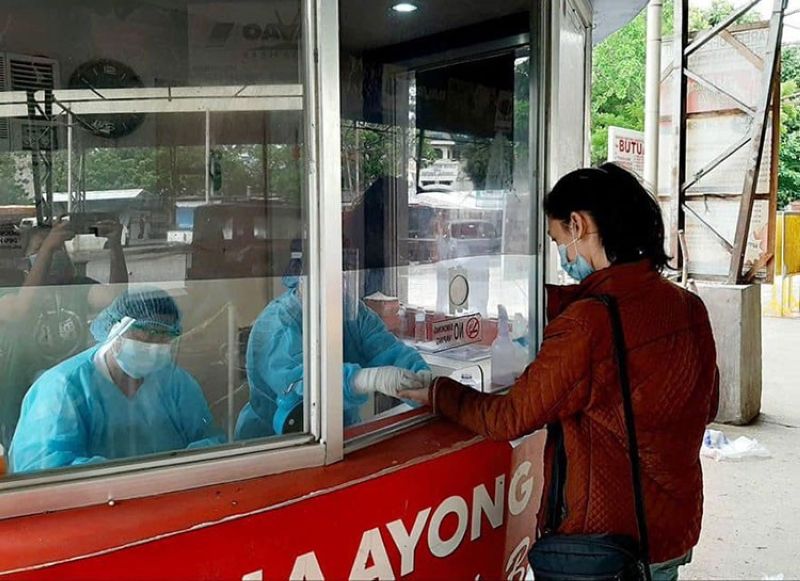 DUE to the limited operating inter-provincial buses going outside the city, the Davao City Overland Transport Terminal (Dcott) implements a booking system to avoid getting a large influx of passengers within the terminal.

Dcott head Aisa Usop told SunStar Davao in a phone interview on Friday, June 5, that the system was implemented to help passengers secure seats for the next available bus trip to their destination.

Usop said she instructed bus companies that were given special permits from the Land Transportation Franchising and Regulatory Board-Davao Region (LTFRB-Davao) to list the names of passengers and their scheduled bus trips since current bus trips are under "fist come, first-served basis."

"Gimugna namo ni aron makabalo sila kung kanus-a sila mubalik diria with the assurance nga makasakay sila pagbalik diria (We created this system so that passengers will not have to keep coming back to the terminal to the ride. The system will give them the assurance that when they come to the terminal, they will be able to get a ride)," she said.

Since bus trips resumed on Monday, June 1, bus trips between Davao City and destinations in the provinces of Davao del Norte, Davao Oriental, Davao de Oro, and Davao del Sur, are scheduled once a day for each route.

Usop said a lot of passengers during the first few days were not able to get on a bus since operators are strictly imposing the 50-percent seating capacity, as mandated by the LTFRB on mass transportation for the observation of physical distancing.

This had resulted in a large influx of passengers at the terminal.

However, Usop said they observed that there are less passengers now since they introduced the booking scheme.

Most of the walk-in passengers, she said, are those who are unaware of the booking system, which they still accommodate.

Meanwhile, only one bus route was added. This is the Davao City to Bansalan route, which is also scheduled once a day.

She said LTFRB-Davao has not yet issued new special permits for new provincial routes and new bus trip schedules.

Davao City Mayor Sara Duterte-Carpio, in a previous radio interview, said there is a need to augment more bus trips from different parts of the region with the resumption of the commercial air flights on Monday, June 8.

Dioso said LGUs requested to limit accepting bus trips going in and out of Davao City for them to thoroughly screen passengers.