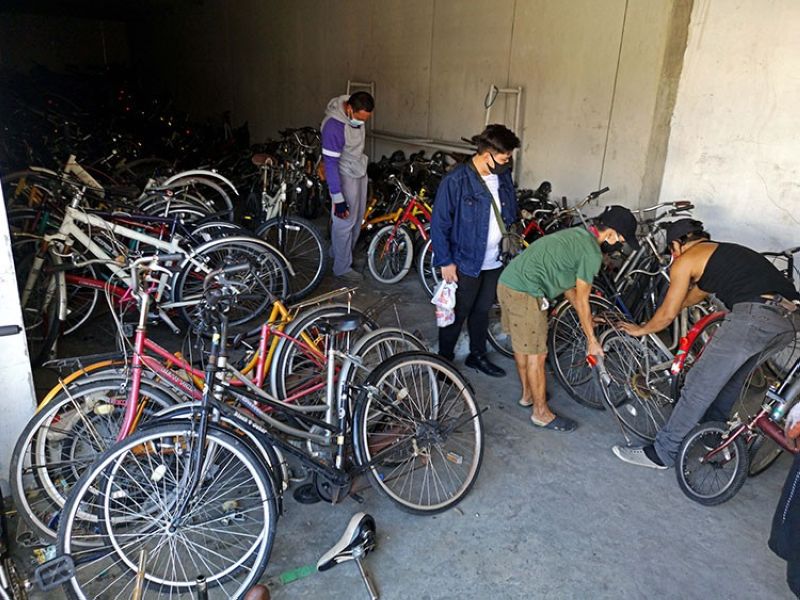 DAVAO. Store attendants help customers choose their bikes inside a store along San Pedro Street in Davao City. As the city’s demand for bikes increases, the city has already identified several streets that will have bike lanes. (Macky Lim)

WITH bicycles currently being lobbied to be used as an alternative mode of mass transportation under the "new normal," The Davao City Transport and Traffic Management Office (CTTMO) reminded owners to register their bikes.

CTTMO head Dionisio Abude, in a radio interview, said that only 250 bikes from April 2019 to May 2020 were registered at their office. Bike registration is mandated under the Bicycle Ordinance of Davao City. The law mandates users to register each of their bikes.

He said the annual registration per bike only costs P150.

Upon registration, Abude said the City Treasurer's Office will then issue a bicycle plate.

Failure to register, Abude said, will have their bikes impounded for a penalty of P100.

"For any purpose, for leisure and sports, or for business-related, there is a need to register (their bikes)," he said.

He said having their bikes registered is also important, especially in times of emergency.

Abude also said bike riders are mandated to observe strict protocols such as wearing of helmet, installation accessorized bells and reflector, and side mirror.

Abude said his office has already identified city streets and they will be inspecting possible areas where bicycle lanes are to be established.

Asked when these bicycle lanes will be opened, the CTTMO chief said he could not give a definite timeline because establishing bicycle lanes is a challenging process that needs costing of road signage, thermoplastic paints, among other factors.

“Naa na ta’y gi-identify na mga kalsada. So ang sunod namo’ng gihimo ani is gi-inspeksyunan ang kalsada – kung kining mga kalsada duna ba’y mga problema, puwede ba ni atong butangan og linya para sa atong bike lane (We have already identified roads. The next thing that we will do is inspect the roads if there are any that needs fixing or if we can place bicycle lanes there),” he said.