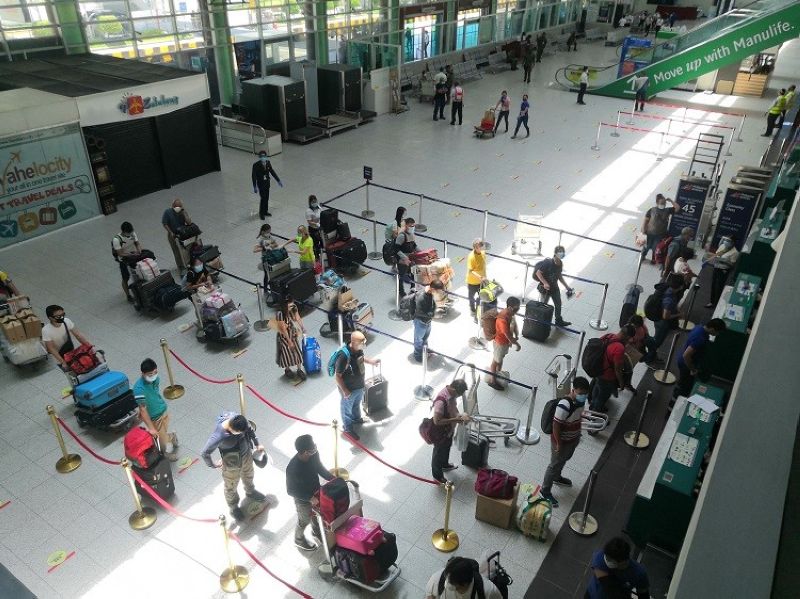 MEDICAL consultants in Davao City deemed that health screening documents at checkpoints are unnecessary, Davao City Mayor Sara Duterte-Carpio said, resulting in her to not require any travel authority documents or passes upon entry to the city, despite other provinces or regions strictly requiring it.

"If you’re coming in to Davao City, health screening upon arrival [lang] ang inyong kinahanglan (you just need to undergo a health screening), no other documents," Duterte-Carpio said in a radio interview on Friday, June 5, via 87.5 FM Davao City Disaster Radio.

This also came after the Joint Task Force Covid Shield (JTF CV Shield) announced that restrictions on the travel from one general community quarantine (GCQ) area to another will be imposed.

Under GCQ, air and land travel between GCQ areas will be allowed, provided that they would secure a travel authority issuance certification from the punong barangay that the person who wants to travel has not developed any Covid-19 symptoms at least 14 days before the travel request, and medical clearance certificate from the city or municipal health office.

Duterte-Carpio said people who intend to travel outside the city for essential purposes, excluding leisure, should secure these requirements from the Department of the Interior and Local Government (DILG) and Philippine National Police (PNP).

Initially, the Davao City Government posted the Davao City Travel Order document on its online social media pages for them to use in going to other areas. But she revealed not all LGUs honor it, and strictly seek for the DILG and PNP document.

With this, the mayor urged individuals to check the requirements of the LGUs they will be travelling to avoid inconveniences

The mayor admitted the policy would be an additional burden to the travelers. But she advised people to comply with the needed requirement to avoid problems.