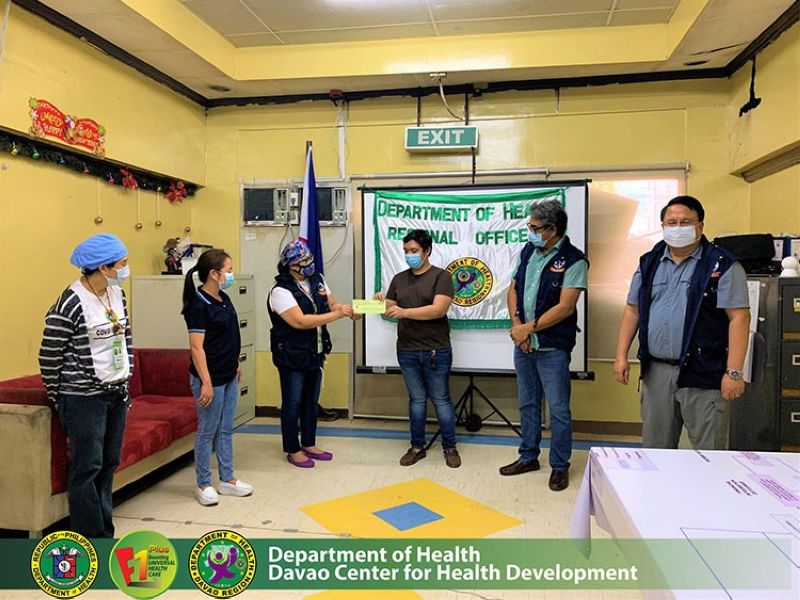 THE Department of Health (DOH)-Davao bared that as of June 5, 87 health workers in Davao Region were infected with the new virus that causes the coronavirus disease (Covid-19) while fulfilling their duties as frontliners in the wake of the pandemic.

In a recent virtual presser, SPMC medical professional staff chief Dr. Ricardo Audan said a total of 28 employees tested positive for Sars-CoV-2, the virus causing the Covid-19. Two of them succumbed to the disease.

Audan said one of the factors they are looking into why the health workers are getting infected despite the provision of the personal protective device (PPE) and implementation of strict safety protocols is how the health workers remove their PPEs after their duty.

"Very strict kami when it comes to the PPE and what we are looking actually 'yong doffing. When you wear the PPE, when you take off the PPE baka nandoon kasi when you removed the PPE, every movement pag-remove, you have to disinfect. Meron dapat spotter for that. Don namin pino-focus bakit kaya may positive in spite of our strict compliance of PPE,” Audan said.

He also underscored the possibility of whether the health workers are religiously practicing the safety protocols when outside the hospital.

Meanwhile, DOH-Davao turned over P2 million on Friday, June 5, to the family members of the two SPMC workers who succumbed to death after contracting Covid-19 while performing their duties.

Under the Bayanihan to Heal as One Act, or Republic Act 11469 that was enacted into law on March 24, a healthcare worker who contracted the novel coronavirus or Sars-CoV-2 while on duty is entitled to a compensation of P100,000 while the family of a healthcare worker whether from public or private who died from Covid-19 would get P1 million.

DOH bared that one of the hospital employees who died is PH3036, 62 years old, female, of Buhangin, Davao City, who contracted the viral disease after exposure to a suspected case. She was admitted on March 28 and died on April 7. She also had commodities such as Diabetes Mellitus Type II and previously had lung surgery.

The other frontliner who died was PH3988, a 57-year-old male from Bago Gallera, Davao City. He got infected after exposure to a suspected case. He was admitted on April 7 after he tested positive but he perished on April 14. He also had underlying medical conditions that made him vulnerable to the disease.

The turnover came after President Rodrigo Duterte expressed his disappointment with the DOH on the delay of the aid distribution to the families of the health workers and warned to sack DOH personnel responsible for the slow processing of benefits.

He ordered DOH Secretary Francisco Duque III to form a team within 24 hours that will focus on the immediate distribution of cash assistance to the affected families.