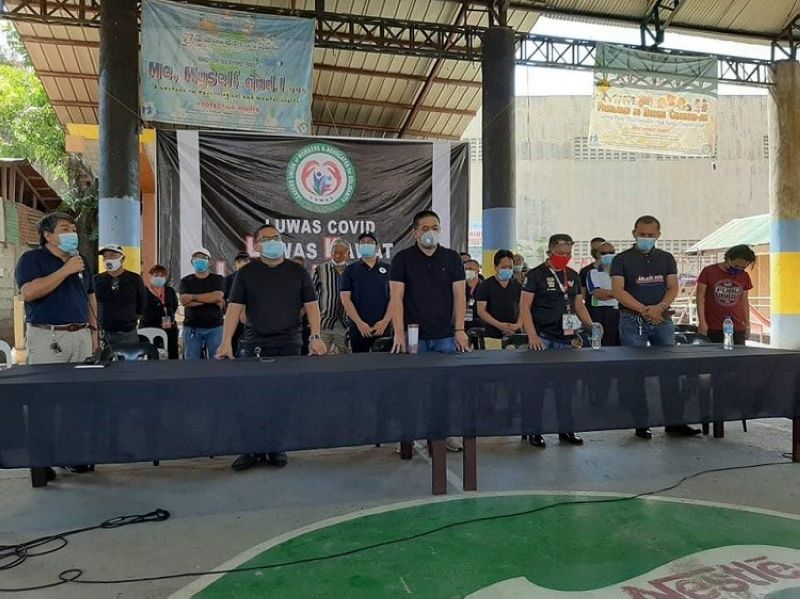 THE Luwas Kagayan Movement, composed of 30 village chiefs and sectoral organizations in the city, has questioned the salary increase of city officials and the delay of the second wave of food assistance to the barangays whose captains are believed to be allies of the opposition.

Luwas Kagayan Secretary-General and Nazareth Barangay Captain Maximo Rodriguez III said they have been waiting for the second wave of distribution.

The group believed that because of politics, they were left behind. They claimed the City Government skipped those barangays associated with the opposition in the second wave of distribution.

The group, composed of 30 village chiefs and sectoral organizations, were the same persons who earlier sent a petition to Mayor Oscar Moreno to place the city under enhanced community quarantine and urged the City Government to carry out mass testing.

Puerto village chief Ian Achas maintained that their previous appeal and their call for the second wave of food distribution are not driven by politics.

Achas said the group is joined by different sectors that are affected by the health crisis. During Friday's press conference, representatives from the group of senior citizens, persons with disabilities, lesbian, gay, bisexual, transgender (LGBT) community, the Muslim community, youth and religious sector raised the same call.

Data from the City Government showed that 65 percent of Cagayan de Oro barangays have already received the second wave of the relief distribution.

“Kadtong gahulat pa sa ilang relief goods, palihog extend your patience a little bit kay we assure you that we have already made a schedule. We will contact you when we are ready to distribute the relief goods diha sa inyong mga kabarangayan,” Fabello said.

Meanwhile, the group also questioned the salary increase of the city officials: from the city mayor, members of the city council down to the department heads.

Lawyer Zoilo Antonio Velez, past president of the Integrated Bar of the Philippines-Misamis Oriental, said priorities should have been taken into consideration first than increasing the salary of the city officials.

Rodriguez urged the City officials to donate their increase in salaries to the frontliners including medical and health workers, barangay tanod, among others, who deserve a raise in salaries and incentives.

The group is also calling for transparency, even as they ask the City Government for a proper liquidation of how all the funds for Covid-19 response are spent.

The group said its concerns will be raised through a letter it plans to send to the national government.