Backriding still not allowed in Cebu 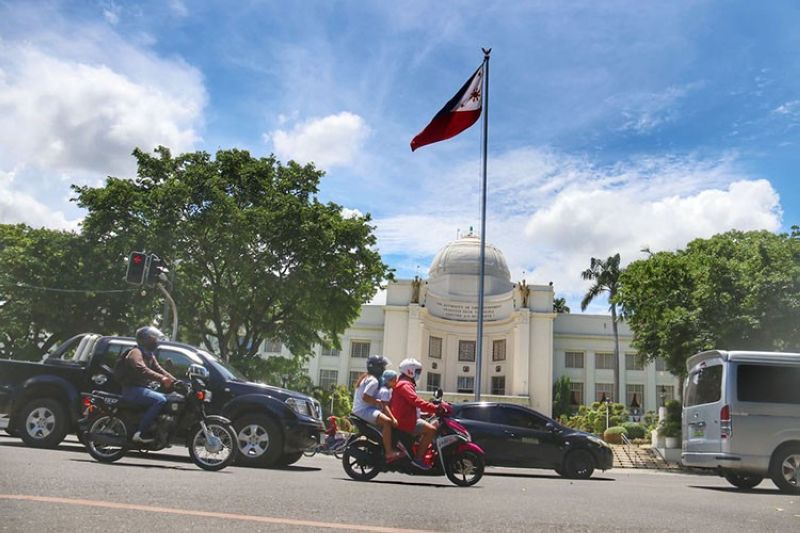 AFTER President Rodrigo Duterte denied her request to allow motorcycle backriding during the implementation of the general community quarantine (GCQ), Cebu Gov. Gwendolyn Garcia took back her executive order that would have allowed this in the Province.

Garcia's EO 19 was supposed to be tackled during a special session of the Provincial Board (PB) on Friday, June 5, 2020, but the measure was withdrawn following the President's pronouncements made during a press conference on Thursday, June 4.

In an interview with Radio dyLA, Garcia said she respects Duterte's decision.

"I have already advised them (PB) that I will withdraw my EO in deference to what the President said. I have told the Cebuanos that I will do everything I can amid the difficulties because of the Covid-19 restrictions, now on its fourth month,” Garcia said in a mix of Cebuano and English.

In denying Garcia’s request for motorcycle backriding in the province, Duterte said he could face charges if he allowed it.

“Much as I would like to accommodate Governor Garcia and the Board Members, if I begin to give an exception to one, I will open myself to charges of the anti-graft law,” Duterte said.

During an out-of-town press conference in Malapascua Island Friday, Garcia said while the President has denied her request, he may yet give in to her constituents’ request.

Provincial Board (PB) Member Glenn Anthony Soco said he and his fellow PB members respect the President's stand on the matter.

"At the end of the day, what is important as public servants is that we ensure the protection and welfare of the people. As always, we follow and support the President in his leadership," Soco told SunStar Cebu.

Cebu Rep. Pablo John Garcia (3rd district) said he will continue to support the governor’s “brave and passionate effort” to lift what he believed as a “clearly anti-poor restriction on the right of travel and to make a living.”

He added that he and his fellow congressmen from Cebu will continue to appeal before the National Government to restore backriding for motorcycle riders.

“On the local level, you see, the feedback is almost instantaneous, and feedback is essential to good policy.

On the IATF national level, there is no sufficient and immediate feedback, and there is seldom one single policy that would fit all local circumstances. I think that's why LGU officials were elected in the first place," he added.

On Thursday, June 4, Department of the Interior and Local Government (DILG) Undersecretary Epimaco Densing urged Garcia to take back her EO, warning that she and other officials who would implement the measure could face criminal and administrative charges for violating the guidelines issued by the Inter-Agency Task Force (IATF) on Emerging Infectious Diseases.

In the meantime, buses will be deployed to help address the lack of public utility vehicles (PUVs) while backriding in motorcycles has not been restored.

The Land Transportation Franchising and Regulatory Board-Central Visayas (LTFRB 7) issued at least 90 special permits to PUVs in the cities of Cebu, Mandaue, LapuLapu and Talisay, and the Municipality of Consolacion.

Eduardo Montealto Jr., LTFRB 7 director, said of the number, 61 special permits were for buses that will ply different routes in Cebu City while 29 will serve routes in the Cities of Mandaue, Lapu-Lapu and Talisay, and Consolacion town.

He said since students account for 40 percent of passengers, fewer PUVs would be required than when there are classes.

He pointed out that under the GCQ guidelines, the movement of people is also limited to accessing essential goods and services.

Based on Section 4 of the Omnibus Guidelines on the Implementation of Community Quarantine, movements for leisure purposes are not allowed and those aged below 21 and 60 and above are still required to stay at home.

Montealto said the increase in the number of vehicles allowed to ply the routes would be done in phases, depending on passenger demand, which will be monitored by the LTFRB 7.

is a need to add more PUVs to serve a certain route.

He called on commuters, in areas not covered by the routes, to be patient and understanding since there would still be a limited number of PUVs allowed to operate.

Montealto said buses should comply with the health protocols such as social distancing, regular disinfection of units and the passenger manifests required for contact tracing.

The LTFRB 7 also issued 150 special permits for taxis and Transport Network Vehicle Service (TNVS), such as Grab and Micab, as of Tuesday, June 2.

However, the operators might still be conducting training for their drivers since the taxis and TNVS would be using the cashless payment system, Montealto said.

All those given special permits need to follow health protocols such as the wearing of face masks for their drivers and conductors and the regular disinfection of their units.

Those who would like to apply for a special permit should have a valid franchise and passenger insurance policy per unit.

Applications can be emailed to r7@ltfrb.gov.ph. Julito Flores of the Cebu Provincial Bus and Minibus Operators Cooperative said from the previous 200, only 80 buses are now plying southern Cebu.

"The combined 50 percent capacity of the 80 buses and minibuses still exceeds demand because there are very few passengers,” he said. / ANV/JKV, WBS With PR