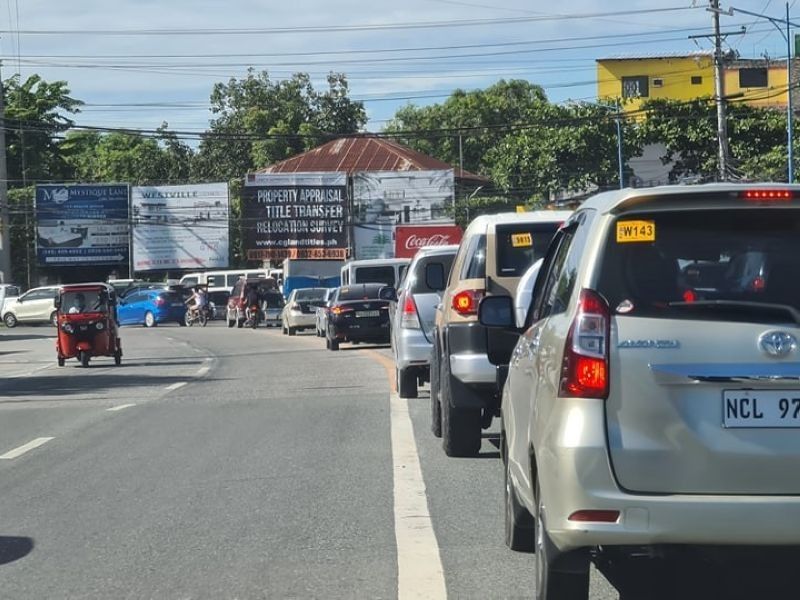 ANGELES CITY -- The city's police director has apologized for the traffic congestion particularly in places of convergence and quarantine checkpoints.

Colonel Joyce Patrick Sangalang, the director of the Philippine National Police (PNP) in the city, said the traffic problem is caused by the quarantine checkpoints as many people from other places are visiting the city every day since the start of the general community quarantine (GCQ) on June 1.

"The ultimate purpose or our goal that is why we have quarantine checkpoints is to prevent Covid-19-positive individuals within the Angeles City area," the police official added.

Authorized persons outside residences (APORs), cargos and other essential products may enter the city unhampered anytime, according to Sangalang.

People from other places with travel authority are also allowed to enter the city, he said.

A lot of workers in the city come from other areas in Pampanga and other parts of Central Luzon, according to the police director.

"We have the workforce, that is unhampered. Just show your certificate of employment and company they are already allowed [to enter the city]," Sangalang said.

Measures are now being instituted to lessen the traffic congestion including the random checking of persons and vehicles entering the city, Sangalang said.