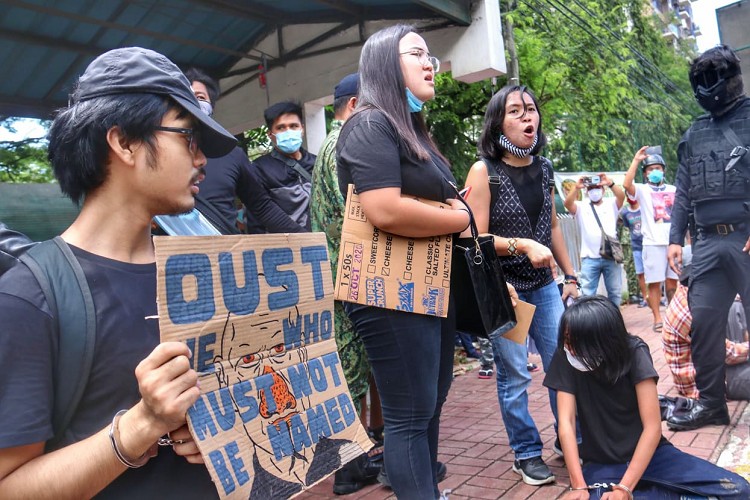 THE legal team representing the seven activists and one bystander (called the "Cebu 8") arrested in a rally in Barangay Lahug, Cebu City on Friday, June 5, 2020, is considering filing appropriate counter charges against arresting policemen.

The priority of the legal team, however, is to first seek the immediate release of the detainees for them to be safe from acquiring Covid-19.

Cebu 8's legal team said it is still waiting for the resolution of the investigating prosecutor as to the charges filed by the police and the issuance of information, which will contain the recommended bail amounts.

"It is expected that we can post bail for the eight detained persons on Monday, June 8," he said in a statement.

Tension rose outside the University of the Philippines (UP) Cebu campus in Barangay Lahug, Cebu City after police arrested activists, including student leaders, protesting the passage of the Anti-Terror Bill on Friday, June 5.

The legal counsel also expressed gratitude to those who showed support to the detainees, especially in setting up a bail fund.

Perez said among the violations pointed out by the Cebu City police in its spot report include violation of Sec. 13 of Batasang Pambansa 880, which prohibits the holding of public assembly without having to secure first a written permit; violation of section 9 (e) of RA 11332; and Simple Disobedience under paragraph 2 of Article 151 Revised Penal Code.

He said the group temporarily stayed at the detention facility of Police Station 3 on Friday night before they were brought to the Cebu City Police Office Saturday morning for the inquest proceedings. They were then brought back to Police Station 3 afterward. (WBS)