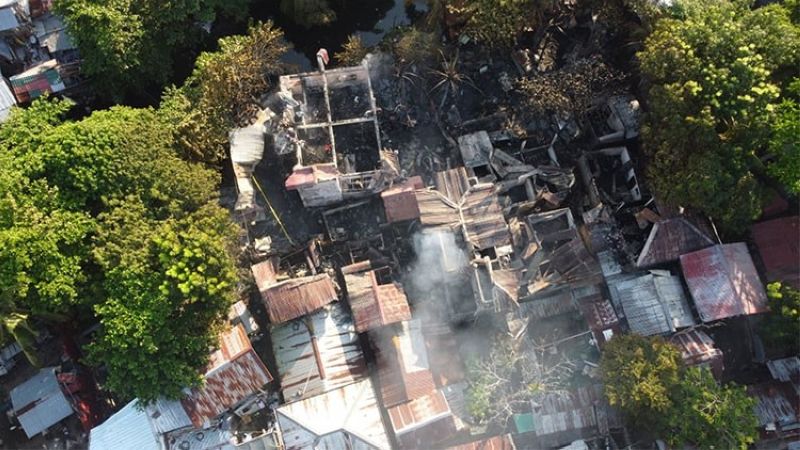 AROUND 15 houses were destroyed and four others were damaged when a fire hit Barangay Bakhaw, Mandurriao District in Iloilo City.

The damage was estimated around P1.7 million.

City Fire Marshal Chief Inspector Melanie said the fire started at the house of Alope Prevendido that have been left vacant for years.

Fire investigators are looking into electrical short circuit as possible cause of the blaze. (Leo Solinap/SunStar Philippines)