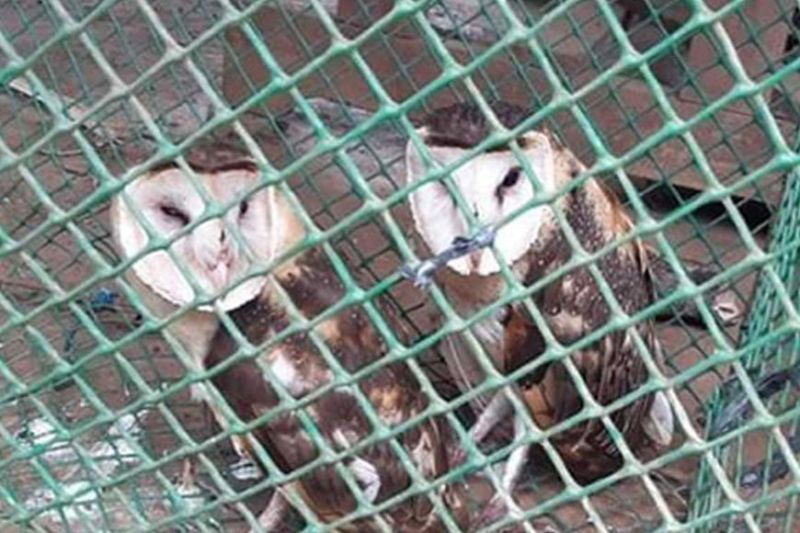 Tan said the two birds were captured at the rice field by Donie Dagohoy and out of curiosity, his daughter, Mary Ann, posted the pictures of the birds on her Facebook account on May 31.

Tan said the CENRO and Tambulig officials, retrieved and rescued the two birds and later brought them to the Regional Wildlife Rescue Center at Baclay, Tukuran, Zamboanga del Sur, after they received a report from Municipal Environment and Natural Resources Officer Jussel Abanil that there were two birds captured by a resident in their area.

He said the two Philippine Grass Owls were found to be in good condition when retrieved.

He said the CENRO officials of Ramon Magsaysay have informed the residents that it is illegal to keep a wildlife without permit based in the Republic Act 9147 otherwise known as the “Wildlife Resource Conservation and Protection Act.” (SunStar Philippines)