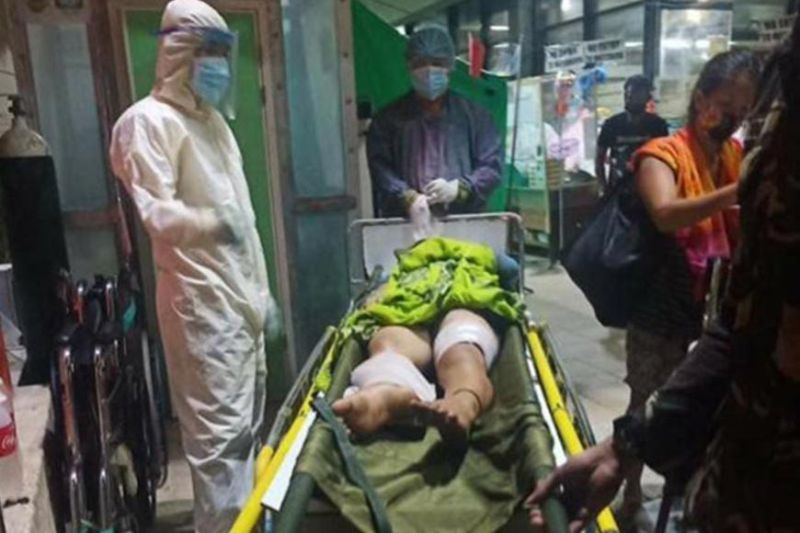 GOVERNMENT troops have rescued a wounded New People’s Army (NPA) teenage amazon who was abandoned by her comrades amid the firefight in the hinterlands of Bukidnon, the military reported Sunday.

Basiao said the injured Nina was rescued following a 30-minute firefight with the troops of the 3rd Infantry Battalion late Friday at Sitio Pinanubuan in Sinuda village, Kitaotao, Bukidnon.

“She gave up on pursuing troops after she was abandoned by her group who scampered in different directions,” Basiao said citing Nina sustained injuries in her left thigh and lower right leg.

He said recovered from her possession were an IED, which is banned under International Humanitarian Law (IHL), and a hand grenade.

“It is a miracle that she was found by our forces. An hour late could have been fatal as she could have died due to loss of blood,” Faustino said.

“It's becoming clearer and clearer that the NPAs here in Mindanao are becoming desperate by the minute,” Faustino added upon learning the troops rescued an abandoned teenage NPA amazon.

He said that as a matter of the IHL protocol and the Special Protection of Children in Situations of Armed Conflict Act, Nina was immediately given medical first aid by troops before bringing her to a German Hospital in Buda, Marilog District, Davao City.

She was was later transferred to the Southern Philippines Medical Center (SPMC) for surgery.

Nina revealed she was 15 years old when recruited by an NPA uncle and trained as a combatant at the “Salugpungan School” at Sitio Nasilaban in Palma Gil village, Talaingod, Davao del Norte, sometime in 2018, according to Lieutenant Colonel Ezra Balagtey, Eastmincom spokesperson.

The Salugpungan schools have proliferated in the hinterlands of Talaingod from the mid-'90s to 2019 but these have now been banned by local authorities after series of complaints from Indigenous Communities and parents, saying that these schools have become a laboratory for future NPA cadres and militants.

With dwindling mass bases and relevancy, the NPAs in Mindanao are recruiting minors and students to beef up their ranks sometimes using these types of schools as covers.

Meanwhile, Balagtey said that no one was hurt in the government side during the clash and there were no reported civilians displaced as a consequence of the clash. (SunStar Philippines)