Labor to push for wage hike amid Covid woes 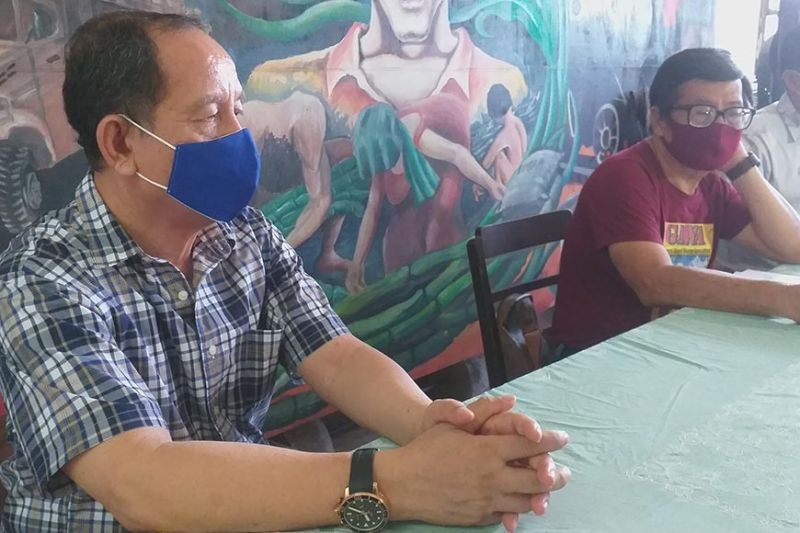 Labor representatives to the Regional Tripartite Wages and Productivity Board in Western Visayas Wennie Sancho (center) and Hernane Braza (left) will push for a wage increase for workers in the region amid the Covid-19 pandemic. (Erwin Nicavera)

THE local labor sector will push for a salary increase for minimum wage workers in the region including Negros Occidental amid coronavirus disease (Covid-19) woes.

This was stressed by two labor representatives to the Regional Tripartite Wages and Productivity Board (RTWPB) in Western Visayas, Wennie Sancho and Hernane Braza.

Sancho, also the secretary general of General Alliance of Workers Associations (Gawa), said the workers are more in need of help whether on wage increase or additional cost of living allowance (Cola) this time.

Employees need economic relief, Sancho said, though they cannot preempt the decision of the Wage Board recognizing that the economy has just started to move again.

Braza, for his part, said they have to initiate or prepare for the filing of the petition for wage hike before the expiration of the one year validity of the existing wage order in November.

Braza, also the national president of Philippine Agricultural, Commercial and Industrial Workers Union (Paciwu), said they will secure a data from the National Wages and Productivity Commission on what is the valuation of the peso and situation of the businesses in the region, among others, as basis for their wage hike petition.

"The impending petition for a wage increase is for the benefit of the workers and for the good also of the employers as good purchasing power of employees will also benefit the businesses," he added.

Under Wage Order No. 25, a P30 daily pay hike was provided for workers among non-agriculture, industrial and commercial establishments employing more than 10 employees.

Employees from establishments with less than 10 workers received an additional of P15, making the new wage rate P310 per day.

For the agricultural sector, plantation workers received a P20 increase. So from the previous P295 per day, the existing minimum wage rate under this sector is P315.

The labor representatives said the management cannot use the health crises as a ground for non-provision of wage increase this year.

Braza said establishments adversely affected by the pandemic may file an application for exemption.

"If we cannot file the petition, the court will motu propio and call for a dialogue between the employers and workers whether or not there is a justification to increase the minimum wage," he added.