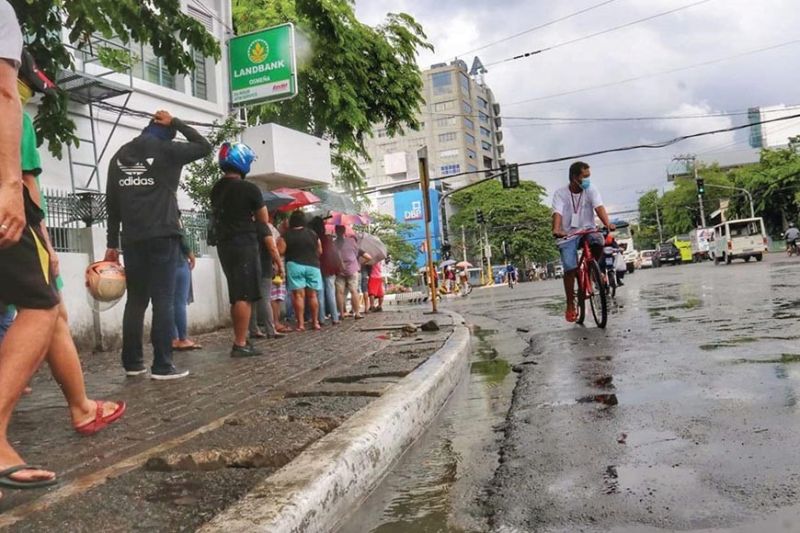 IT’S STILL SUMMER. Although it has been raining for several days, the weather bureau Pagasa is not saying goodbye to summer just yet. However, a low pressure area that is due to enter the country next week may bring about the changing of the seasons. (Amper Campaña)

IT HAS been raining in Cebu in the past few days, but it’s not yet the rainy season.

According to Al Quiblat, Philippine Atmospheric, Geophysical and Astronomical Services Administration (Pagasa) Mactan chief, the rainy season will likely start next week when the southwesterly wind flow will start to prevail.

The LPA is expected to enter the Philippine Area of Responsibility (PAR) next week, he said.

Parts of Metro Cebu may have scattered rains and thunderstorms with occasional heavy rains on Wednesday, June 10, and Thursday, June 11.

Quiblat said they can’t declare the onset of the rainy season until some parameters are met including rains of up to five days with a volume of 25 millimeters or at least three days with a rainfall volume not dropping below one millimeter.

He said there are indications that the rainy season is near as Cebu has been having rains since June 1.

With the possibility that the LPA will become a tropical storm upon entering the PAR, the weather bureau is advising local authorities to monitor rainfall/thunderstorm advisories and heavy rainfall warnings, which may be issued by Pagasa Regional Services Divisions.

Pagasa Mactan said that one or two tropical cyclones are expected to enter the country for the month of June. (JKV, WBS)