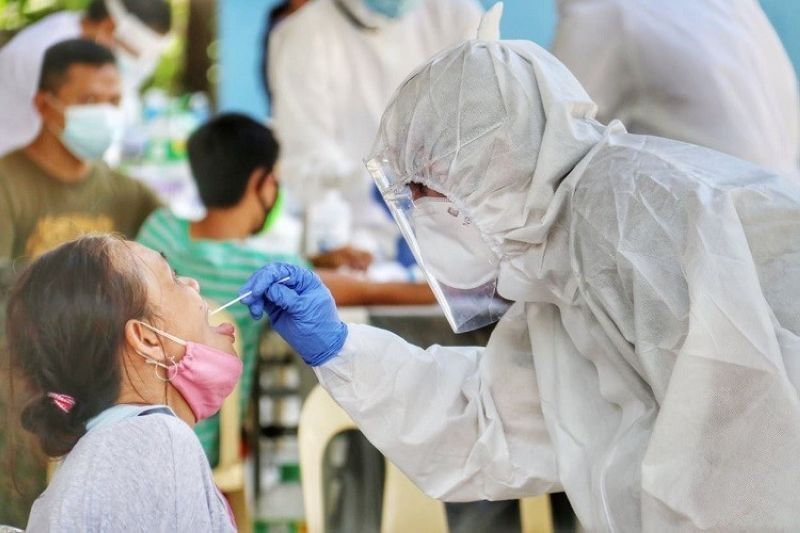 This was revealed by Cebu Gov. Gwendolyn Garcia in her early evening press briefing Wednesday, June 10, 2020 where she said there were 15 new Covid-19 cases in Cebu Province, 195 new cases in Cebu City, three in Lapu-Lapu City and six in Mandaue City.

For its part, the Cebu City Health Department (CHD) reported a different figure on Wednesday. It posted its report on its official Facebook page past 9 p.m., stating that Cebu City only has 101 new Covid-19 cases.

The surge of cases in Cebu City in the past few days was not due to easement of restrictions, but due to backlogs of specimen testing and test results in laboratories last May, said Department of Health 7 Director Jaime Bernadas.

In early May, there was a problem with the availability of reagents, extraction kits and extraction machine, resulting in limited testing of swab samples. Bernadas said they already fixed the problem.

Interior Secretary Eduardo Año on Wednesday expressed concern over the increasing number of Covid-19 cases in Cebu City. He said National Task Force against Covid-19 chief implementer Carlito Galvez Jr. will be in the city on Thursday, June 11, to meet with local officials.

However, Quezon City has a much lower incidence rate of 835 cases per million based on its 2015 population of 2.936 million.

Cebu City, on the other hand, had the highest incidence rate in the country, which was computed at 3,238 cases per million based on a population of 922,611.

Due to the rising cases in Cebu City, Central Visayas region has the second highest number of infections in the country next to the National Capital Region (NCR) or Metro Manila.

Both regions are under general community quarantine (GCQ) until June 15.

Año said they were still discussing whether to lift the GCQ or shift to modified GCQ in Metro Manila, Cebu City and other areas under GCQ.

He said they will submit their recommendations to President Rodrigo Duterte before June 15. The President is scheduled to meet with members of the Inter-Agency Task Force for the Management of Emerging Infectious Diseases on June 15.

In Cebu Province, Garcia said there had been too much fear surrounding Covid-19 because of the increasing numbers reported, but she said not all of these were “active” cases, which she defined as those who were in the hospital or in home quarantine or a quarantine facility because they had symptoms, like fever or cough.

“And they recovered without medicine or a vaccine,” she said.

What’s more, of the 27 who died, she said only three had died due to Covid-19. The rest died of other causes such as kidney disease, heart disease, cancer, aneurysm or tuberculosis, and it was only “incidental” that they also had Covid-19.

She said other diseases like dengue and tuberculosis (TB) had killed more people than Covid-19 in Cebu, but there is no hysteria surrounding these diseases.

She said tuberculosis is a disease that is “airborne,” but no contract tracing is done on the contacts of the people who contract it, unlike with Covid-19.

The rest of the country is under modified GCQ, which is one step closer to the new normal.