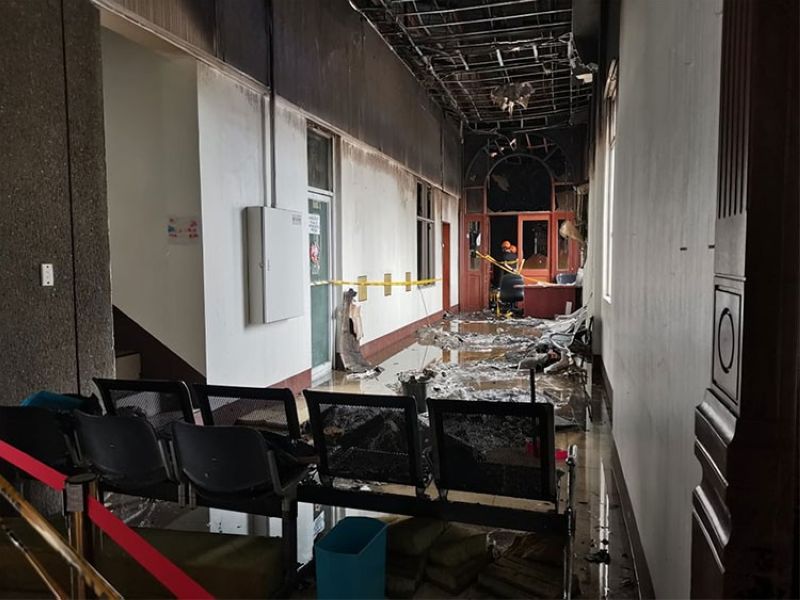 CEBU. The portion of the Mandaue City Hall building that was hit by a fire Thursday dawn, June 11, 2020. (Kate F. Denolang)

Destroyed were the offices of the Sangguniang Panglungsod, Vice Mayor and Public Information Office.

Authorities said the damage caused by the fire was pegged at P300,000.

A certain Winston Ouano was injured in the incident.

Investigation is ongoing to determine what caused the blaze. (KFD)