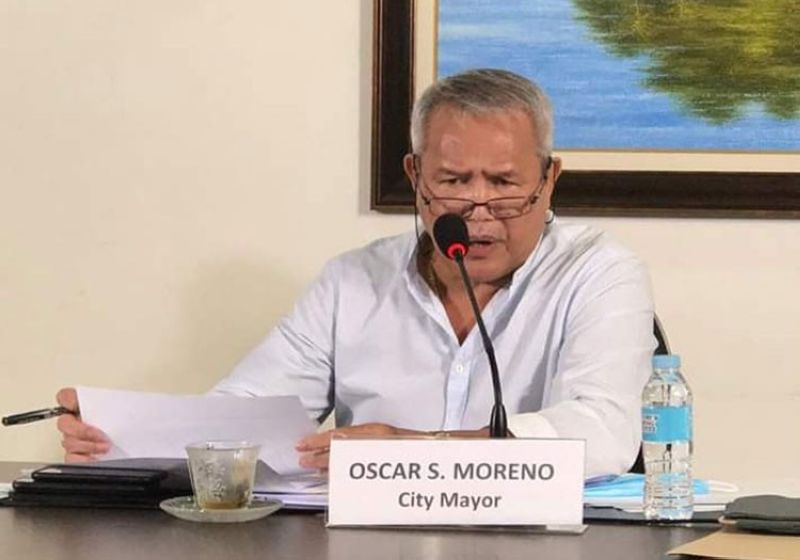 CAGAYAN de Oro City Mayor Oscar Moreno on Thursday, June 11, stood firm in his objection to the policy requiring a travel authority for persons traveling between the city and the rest of the Misamis Oriental province.

Moreno voiced his opposition to the travel authority requirement, saying it is a major inconvenience for both residents of Cagayan de Oro and Misamis Oriental to secure certifications from their barangays, health offices, and police offices just to travel between the city and province.

The police, however, continue to require travelers to present a travel authority.

Northern Mindanao Police spokesperson Mardy Hortillosa II said it is still necessary to regulate the movement of people with no essential activities in the city and in the province.

Hortillosa said, however, that they will raise Moreno's concern before the regional Inter-agency Task Force (RIATF).

For Moreno, this is not necessary.

"To me, kana nga issue does not even have to be raised didto sa higher level, it's just an understanding. Let me reiterate this, we should interpret it the way it's written," he added.

Moreno insisted that intrazonal travel, which means travel between two communities with the same quarantine classification, is already permitted under the omnibus guidelines released by the IATF.

Even travel to and from a community with different quarantine classification is already permitted, except for leisure, he added.

"I don't think they would be that strict nga mangita pa ug sulat, I have made my position very clear. And sila, if they think... I need to hear an argument against that. Mao raman na ila, dili itugot kay ang one province to another tungod kay naay chief of police who doesn't report to the chief of police of the province, nga the city is different, my God, that is a very narrow interpretation, I'm sorry to say that pero you don't need even a lawyer to interpret it," he added.