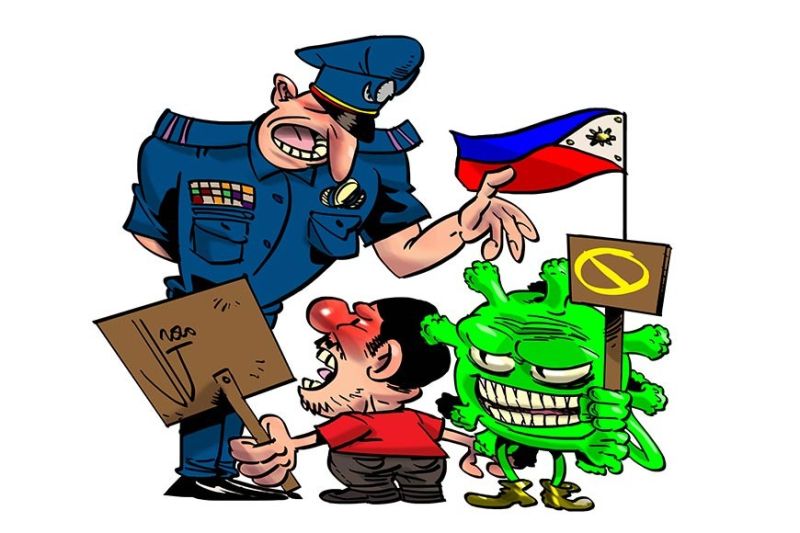 CEBUANOS have never made such a big hoopla over June 12, the day the country celebrates its independence from foreign domination.

People don’t line the streets, waving tiny flags at men and women in uniform who parade in clockwork precision. They don’t gawk at the display of the government’s latest military hardware because there are none.

There may be some fanfare in the capital, but not here in Cebu Province, which is far removed from the power that runs the archipelago.

The only indication that the day is different from any other day are the banners that suddenly become ubiquitous in front of many public buildings and outside patriotic homes.

And this year is no different.

The red, white and blue have been unfurled and have been fluttering in the wind since the beginning of the week.

And members of cause-oriented groups who use the occasion to hit the streets to highlight the plight of the downtrodden and to voice their opinions against certain government policies might have to sit this one out.

Police Regional Office-Central Visayas Director Brig. Gen. Albert Ignatius Ferro issued a warning that they could be arrested if they pushed through with their planned protest.

His directive had nothing to do with the recently passed anti-terrorism bill, which some quarters criticized for its “draconian” provisions.

Ferro made it clear that the whole of Cebu is still on general community quarantine to contain the spread of the coronavirus disease 2019, which is why public assemblies are not allowed.

“We are not preventing their freedom of expression. They could express it peacefully in their homes or (through) virtual (means) maybe or through cyber (means). It’s up to them. But mass gathering is not allowed,” the police official said.

John Ruiz, coordinator of Bagong Alyansang Makabayan Central Visayas, didn’t see it that way. For him, the prohibition was an attack on his constitutional right to assemble peacefully.

However, there are extenuating circumstances.

He should bear in mind that the temporary restriction is a response to a health crisis that threatens everyone. It was not imposed to rob him and his companions of their independence.