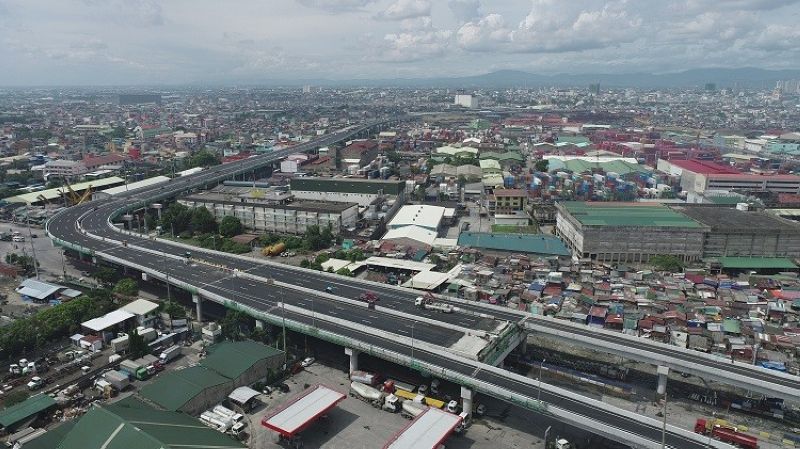 PAMPANGA. The Department of Public Works and Highways and the North Luzon Expressway (NLEX) Corporation opened on June 15 the latest NLEX Harbor Link elevated section between the new Caloocan Interchange, C3 Road/5th Avenue and the new Navotas Interchange. The new section will be an alternative route between Quezon City and Manila. (Contributed photo)

The new NLEX Harbor Link section features the new Caloocan interchange (with on and off-ramps along Grace Park), the new Malabon Exit (with off-ramp on Dagat-Dagatan Avenue) and the new Navotas Interchange (with on and off-ramps on North Bay Boulevard South). It lengthens the existing Harbor Link (the 2.42-kilometer Segment 9 between the NLEX Interchange to Barangay Karuhatan, Valenzuela City, and the 5.65-kilometer Segment 10 between Barangay Karuhatan to the new Caloocan Interchange in Grace Park C3/5th Avenue).

"The expanded NLEX Harbor Link will certainly boost the government's traffic decongestion efforts in Metro Manila and other major thoroughfares. This will be an alternative route between Quezon City and Manila. From the Mindanao Toll Plaza, motorists may now reach the Port Area in Manila in about 15 to 20 minutes," Villar said.

This high impact project is part of the EDSA decongestion program, which is one of the key elements of the Duterte administration's "Build, Build, Build" program. The elevated expressway, which is envisioned to improve the road sector's network and eventually upgrade Luzon's supply chain, is seen to benefit around 30,000 vehicles per day.

"By bringing NLEX closer to the country's central shipping gateway, we expect to speed up transport of goods as well as increased economic activities in Metro Manila and North and Central Luzon regions," NLEX General Manager Bautista said.

The new section will introduce an alternative route for motorists, especially truckers, currently affected by traffic chokepoints along Quezon Avenue, EDSA, and A. Bonifacio in Manila. Cargo trucks will enjoy 24/7 access as there is no truck ban along NLEX. Faster travel means quicker turnaround times for commercial vehicles and unhampered delivery of essential goods to Metro Manila.

"We worked overtime to deliver this piece of infrastructure that our metropolis needs not only to improve the driving experience but also to hasten economic recovery from the Covid-19 pandemic," Franco said.

He added that "the impact of the ECQ has been challenging but our commitment never wavered, and our focus remained clear, and that is by resuming our infrastructure projects, we generate jobs and help quickly restart business activities."

Motorists using the entire Harbor Link are also assured of the same safety features and high-quality pavement that they have been used to along the NLEX.

Before the year ends, DPWH and NLEX are also targeting the completion of the new exit ramp towards the Navotas Fish Port Complex.