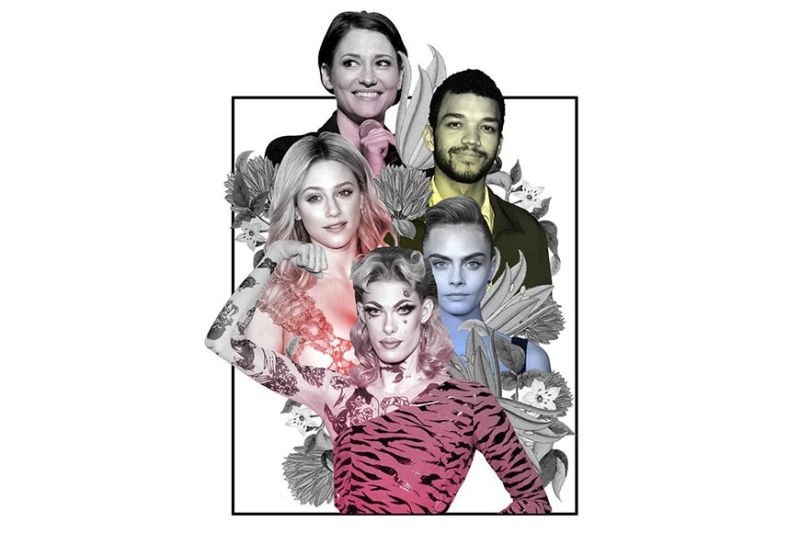 FOR members of the queer community, coming out can be a watershed moment, whether it’s with family, friends or just the public in general. For celebrities, as publicized and visible a big part of their lives already is, coming out can be a little more daunting what with their millions of fans.

To celebrate the liberating power of coming out, here are five celebrities who recently made the big announcement:

The “All the Bright Places” actor took to Instagram to share his thoughts on the Black Lives Matter protests, but also to officially come out. “As a black queer man myself, I was disappointed to see certain people eager to say Black Lives Matter, but hold their tongue when Trans/Queer was added,” he wrote in the caption. He also included a photo of him and boyfriend, fellow actor Nicholas Ashe.

Leigh currently plays Alex Danvers, Supergirl’s sister who realizes she is a lesbian later on in the show. In an essay, Leigh shared how her character’s coming out resonated with her. “What I didn’t realize was how the scene where she finally confessed her truth would leap off the pages of the script and genuinely become a variation of my own. IRL,” she wrote. While she did not specify what she identifies as, she considers herself a part of the queer community.

Best known for playing ponytail icon Betty Cooper in the CW teen drama “Riverdale,” the 23-year-old actress came out by writing in an Instagram Story earlier this month. “Although I’ve never announced it publicly before, I am a proud bisexual woman,” she wrote in the Story.

The runner-up of the recently concluded 12th season of “RuPaul’s Drag Race” opened up about sexuality in one of their confessionals: “I’ve always thought there was no point to putting a label on anything in regard to gender. I don’t think I’ve ever said this out loud, but I think I’m fluid. Sometimes, I identify as more male and sometimes I identify as more feminine. I think that I’m both... and I’m neither.”

The model-actress’ experience with sexuality is proof that it is indeed a spectrum and that for some people, it can be ever-evolving. In 2015, she came out as bisexual; in 2018, gender-fluid; and just this month, pansexual. “I always will remain, I think, pansexual. However one defines themselves, whether it’s ‘they’ or ‘he’ or ‘she,’ I fall in love with the person—and that’s that. I’m attracted to the person.”