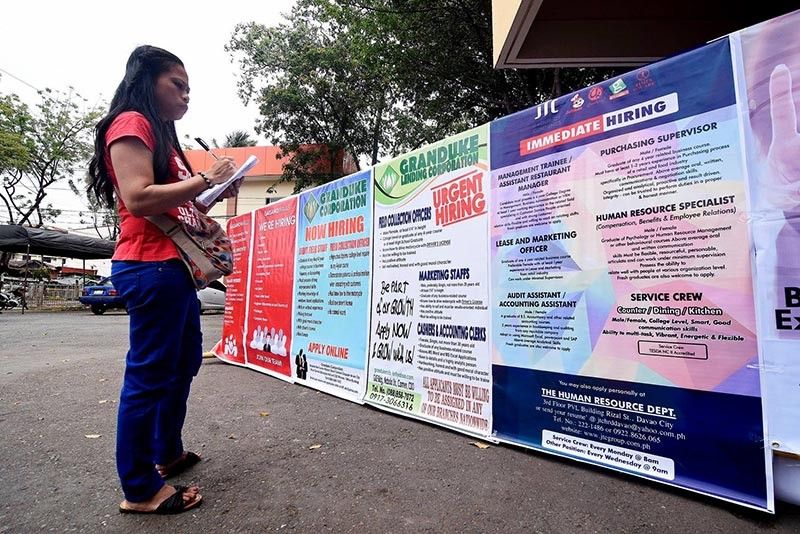 THE City Government of Davao will hire some 42,000 individuals who lost their jobs due to the coronavirus disease 2019 (Covid-19) pandemic.

Mayor Sara Duterte-Carpio announced on Monday, June 15, that the City Government will launch the "Work for Davao" program, an emergency employment cash for work for individuals who were terminated, laid off, or with foreclosed business or offices due to the restrictions imposed to mitigate the Covid-19 pandemic.

She said the program is only a "short-term" program wherein they will only be working for 10 days with a daily wage of P396.

The mayor said the local government will shoulder their wages with reserved funding of P159,944,000.

She added the City Government earlier wrote a request to the Department of Budget of Management (DBM) for the funding of the project.

"Nagsulti nako daan sa tong finance nga mangita og kwarta nga pwede gamiton. (I already told the finance department to find a source for funding for this project) Then last year, I can remember that we submitted a request to DBM. And now finally naa na ang kwarta sa atoa to respond sa (the money is there which we can use in responding to the) Covid-19 pandemic," Duterte-Carpio said in an interview on 87.5 FM Davao City Disaster Radio.

Additional details on the employment program are still being finalized by the city.

Aside from Work for Davao, the mayor also bared that the City Government will also offer education assistance, through the Eskwela Dabaw to children whose parents' income was affected by the Covid-19 pandemic.

She said the City allotted around P50 million for the education program, which was also sourced from the DBM grant.

Details of the program, however, are still being finalized, she said.

The project, Duterte-Carpio said, is under the supervision of the Presidential Commission for the Urban Poor (PCUP) supervising commissioner for Mindanao and Tupad program in charge Norman Baloro, who will discuss the two projects once it is finalized.

The programs were bared days after the Philippine Statistics Authority (PSA) revealed that some 351,000 workers in Davao Region were unemployed as of April 2020.

In separate data, the Department of Labor and Employment (Dole) in Davao Region reported that as of June 4, more than 10,000 business establishments were heavily affected by the Covid-19 pandemic.

Dole-Davao mediator-arbitrator Connie Torralba said these establishments have laid-off workers or have totally shut down.

In a separate virtual presser, she said that about 200,000 workers were affected by the companies' partial or total closure.

Meanwhile, the Public Employment Service Office (Peso) Davao City also bared that there are some 2,000 job vacancies available from 28 companies.

Affected workers of business establishments, which are still prohibited from operating under the general community quarantine, continue to receive food rations from the City Government.