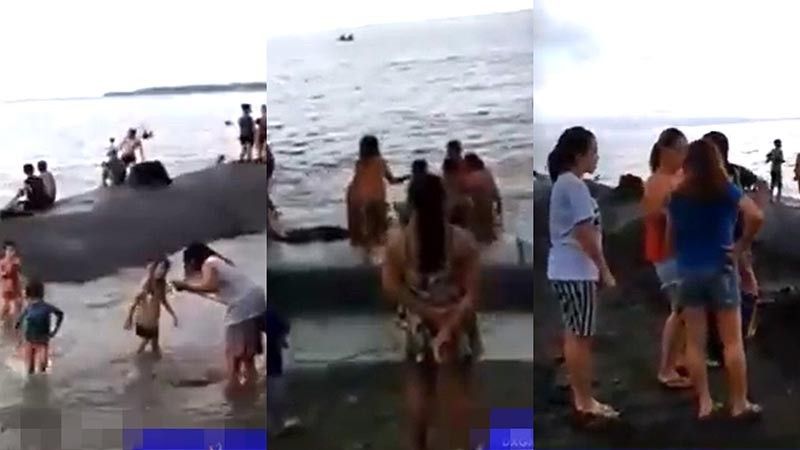 On Sunday afternoon, June 14, dxGM Super Radyo Davao posted on its official Facebook page a video showing residents near the coastline who were caught swimming despite the government's order prohibiting individuals from swimming due to the ongoing threat of the coronavirus disease (Covid-19).

Residents, in the video, can be seen not observing the two-meter physical distancing and some were not wearing a facemask. Some children can also be seen diving into the waters.

During the radio interview, a resident of San Antonio reported that some residents in the barangay continue to defy the physical distancing rule.

According to the complainant, some residents were seen drinking liquor and gambling outside their residences while others were seen in mass gatherings.

She said barangay officials in the area already acted on it, but residents continue to defy and go on with their activities.

Another complainant, a resident in San Juan, also reported a similar incident in their area.

According to the complainant, some residents in the area can still buy liquor as some continue to have drinking sessions outside their homes. Some residents were also observed not wearing shirts and face masks when going out of their residences.

Duterte-Carpio, in a previous radio interview, warned that the City Government will not shoulder the hospital bill of individuals who will acquire the new coronavirus for violating the quarantine protocols.

Based on the Covid-19 risk assessment from June 12 to 19, Ecoland, which is part of Talomo, and San Antonio, part of Agdao Proper, are classified as "very high risk areas" due to significant Covid-19 cases.