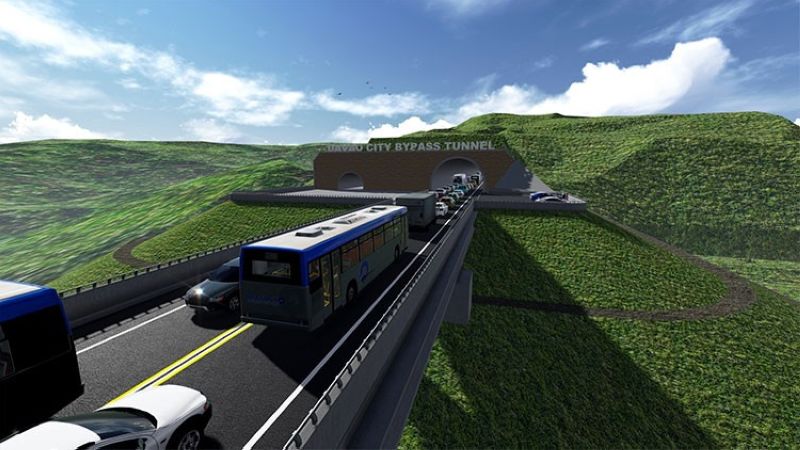 AMID the coronavirus disease 2019 (Covid-19) pandemic, the Philippines' Department of Finance and Japan International Cooperation Agency (Jica) signed a loan agreement on June 16 for the supplemental financing of the Davao City Bypass Construction (DCBC) Project.

This is among the two loan agreements worth P75.5 billion (154 billion Japanese yen) that was signed by Finance Secretary Carlos Dominguez III and Jica Chief Representative Eigo Azukizawa at the DOF office in Manila.

The other is the loan to support the construction of the Cebu-Mactan Fourth Bridge and the Coastal Road Construction project in the Visayas.

Under the loan agreement, Japan, through Jica, will provide the supplemental financing of P18.5 billion (35 billion yen) for the DCBC.

The DCBC is expected to reduce congestion in Davao City and improve accessibility to its major development hubs through the construction of a 45.5-km, four-lane bypass road.

It also includes a 2.3-kilometer main tunnel, which will utilize advanced Japanese technologies for its construction, and 0.5-kilometer four-lane cut-and-cover tunnel section running through the mountainous terrain in Barangay Magtuod, Davao City.

The bypass project will stretch from Davao to Digos intersection of the Pan Philippine Highway at Toril, Davao City to the Davao-Agusan National Highway in Panabo City. It is expected to reduce travel time between the two points from the current one hour and 44 minutes -- using the existing Maharlika Highway -- to only 49 minutes.

It will start construction this year and is expected to be operational by 2023.

The P18.5-billion loan agreement signed for the project is supplemental to the loan accord worth P9.27 billion signed in 2015.

Meanwhile, Jica will also allocate a P57 billion loan to support the construction of the Cebu-Mactan Fourth Bridge.

They will also provide a grant to finance the detailed engineering design for the fourth Cebu bridge. The amount of grant is still under negotiation, DOF officials said.

"Given the challenging circumstances, these projects bring more support to our economic recovery well beyond their nominal value," Dominguez said.

Dominguez underscored the importance of the signing of the two loan agreements for the bridge and bypass road projects as investments in infrastructure provide the highest multiplier effects to power the rapid recovery of the economy in the near term.

He also said both projects are expected to revitalize the economy and create more jobs in the Visayas and Mindanao as the country will be slowly recovering from the pandemic starting next year.

Presidential Spokesperson Harry Roque, meanwhile, said in a press briefer on June 16 that the government is now working on the resumption of some of its Build, Build, Build projects since almost all areas in the country are now in general community quarantine (GCQ).

Roque said the two-month delay, brought about the enhanced community quarantine (ECQ), had only a slight effect on the government's infrastructure projects.

Earlier this month, Secretary Vince Dizon, presidential adviser on Flagship Programs and Projects, said in a Malacañang press briefing in Davao City that the multi-billion Samal Island-Davao City Connector Project (Davao-Samal Bridge) and Phase 1 of the Mindanao Railway Project would still push through despite the pandemic.