Keng to file another case against Ressa 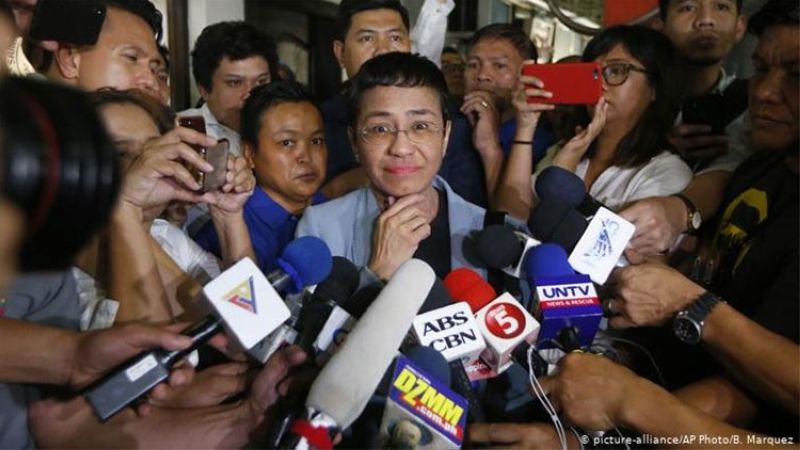 AFTER clearing his name following the conviction of Rappler editor Maria Ressa for cyber libel crime, businessman Wilfredo Keng is determined to file another charge against her.

"Bukod sa pagkaso laban sa mga kasinungalingan at libelo ni Ressa noong 2012 at noong 2014, I have filed another complaint against Ressa for yet another libelous act before the Office of the City Prosecutor of Makati, which I hope to likewise see to its lawful and just fruition," Keng said in a statement that was released by his legal counsel.

He said this will be about the failure of the news organization to correct their false accusations despite clarifying it to them before he filed the charges.

"It is of public record: My counsel had pleaded and begged with Rappler to correct their false public accusations that I am a criminal, or at the very least, to publish my side. They refused," he said.

"They have denied me my right to clear my name. Where else can I go to seek justice and protection but our courts? And so I did," he added.

On Monday, June 15, the court held that Ressa and Reynaldo Santos Jr., the former Rappler reporter who wrote the article, were guilty of violating Section 4 of the Republic Act 10175 or the Cybercrime Prevention Act of 2012.

The court ruled that Keng did not have criminal records supporting the accusations published in the article.

It added that the 2012 article has also become qualified for cyber libel after it was updated in 2014, although Rappler editor Maria Rosario Hofilena failed to point out the correction made in the article.

Keng is also identifiable in the article as it mentioned the company the businessman was affiliated with, such as the Century Peak Metals Holding Corp, Century Hua Guang Smelting Inc., and Colony Investors Inc.

The court also considered it malicious since Keng is considered a private person and was also described in the article as such.

And even if the businessman reached out to clarify the allegations, Rappler has not published his side.

"Despite such awareness, however, both accused did not bother to publish the clarificatory article and they just let the libelous article remain on their website. The Court finds that the subject article was republished with reckless disregard of whether it was false or not. This clearly shows actual malice," the decision read.

Ressa and Santos will serve imprisonment from a minimum of six months and one day to a maximum of six years.

The court decision also ordered them to pay Keng P200,000 for moral damages and another P200,000 for exemplary damages.

Keng also noted that the case is "not a fight against press freedom" but fighting for a private person's right.

"I am a private citizen and this is a private suit. I filed my complaint prior to and independently of any case the Philippine government may have filed against Ressa. For years, I have personally suffered from Rappler's false accusations against me, which false accusations have no place in a responsible and free press," he said.

"My filing and winning this case assures Filipinos that published falsehoods will not remain unchallenged and unchecked in this jurisdiction but will instead be dealt with by law, strengthening the people's respect for the Philippine Media in the years to come," he added.