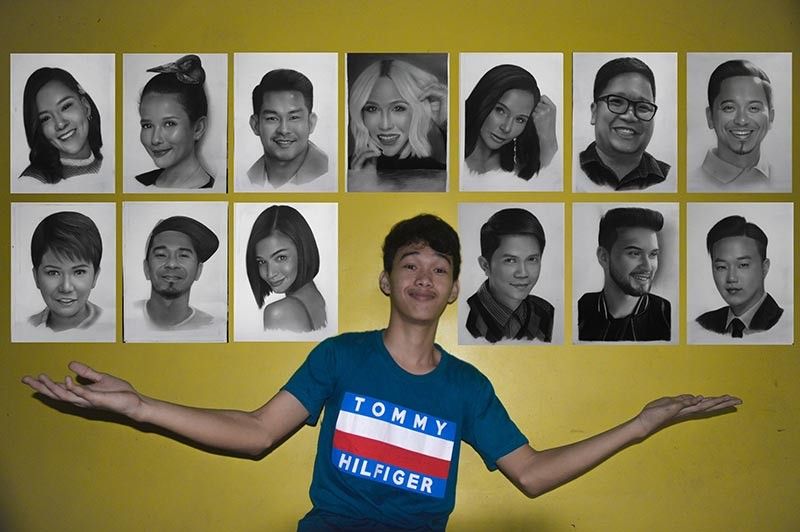 DAVAO. On June 11, Ritzel O. Oyao posted online his portrait sketches of both local and international personalities. He sold his artworks to help raise funds necessary for his mother’s medication who was, at that time, admitted to a hospital due to hypertension. (Contributed photo)

HE VALUED his art collection so much but when he knew his father needed him to help his mother’s health condition, this Davao-based artist didn’t hesitate to offer what he could.

On June 11, Ritzel O. Oyao posted online his portrait sketches of both local and international personalities. He sold his artworks to help raise funds necessary for his mother’s medication who was, at that time, admitted to a hospital due to hypertension.

The 20-year-old artist shared he never thought his post would go viral. His intention was just to sell each at P1,500 but netizens believe his artworks should cost more.

This incoming third-year Bachelor of Science in Accountancy student at the University of Mindanao – Matina was overwhelmed with how the people accepted his artworks. He said it inspired him to do more portrait sketches. But above all, it helped his mother’s medication.

“Apart sa mga bumili may nagdonate din, sobrang thankful po namin (on top of those who bought my works, others also offered help through donation. We are very thankful to all of them),” he said.

At present, Oyao’s mother was discharged from the hospital.

Oyao started his passion for sketching portraits at the young age of 13 when he enrolled in a Special Program in the Arts for Visual Arts in High School.

“I was influenced also by my brother because he's also into drawing. I grew up watching him,” he shared.

The young artist said he can finish an artwork for about six to eight hours for a shoulder-level portrait commission. He usually charges P750 to P1,500 per artwork depending on the size.

In doing this, he said, he finds the hair and the shoulder as the most challenging part in completing portrait sketches.