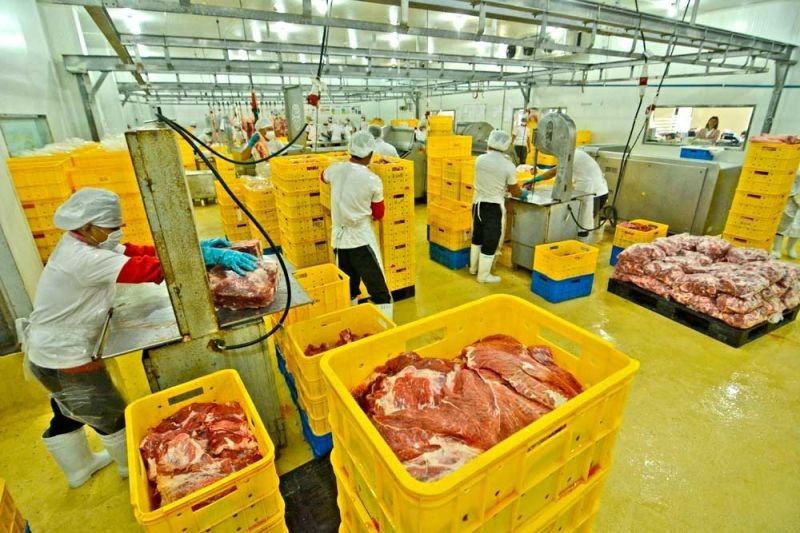 CEBU. Pork is processed at a production facility. (File Photo)

MEAT processors have countered calls to stop chicken and pork imports, saying the country’s imported meat supply has helped feed the nation since the lockdowns started in March in a bid to contain the coronavirus disease 2019 (Covid-19) outbreak.

In a letter to Agriculture Secretary William D. Dar on June 18, 2020, the Philippine Association of Meat Processors Inc. (Pampi) said “the meats that are being sought to be banned have become part of the solution that prevented food riots from happening” when most of the country was placed under enhanced community quarantine (ECQ).

For 90 days until end-May, the group said they have produced an “unprecedented” 256.2 million cans of shelf-stable products that were distributed as part of relief goods by the government and volunteer groups.

While other businesses had to temporarily shut down because of the quarantine restrictions, Pampi members have continued to operate upon the request of the government through the Inter-Agency Task Force (IATF) for the Management of Emerging Infectious Diseases.

“So instead of furloughing our employees, we asked them to report for work to man the production lines at the risk of being infected,” the group told Dar.

They expressed alarm over “a well-orchestrated but subtle attempt by vested groups to provoke a crisis and destabilize the economy by spreading false or misleading information” and pinning the blame of the Department of Agriculture (DA) chief.

The meat processors also shot down “malicious insinuations of graft” in the case of the MDM importation, saying they are a “transparent and straightforward organization” that does not condone graft.

They did not, however, question the data presented by the Philippine Statistics Authority (PSA).

“We have no issue, Sir, with the meat importation data from the PSA which were presented to you. We also use the same data to argue our case,” Pampi said.

“But we do have divergent conclusions arising from such data. It’s a chicken-and-egg situation which should be addressed dispassionately by all stakeholders,” the group added.

Eight organizations earlier called on the DA to prohibit chicken and pork importations until the end of 2020 supposedly to allow local poultry and hog raisers to recover from the adverse impact of the Covid-19 pandemic.

They had warned that their farms would shut down unless imports are stopped. (Marites Villamor-Ilano/SunStar Philippines)