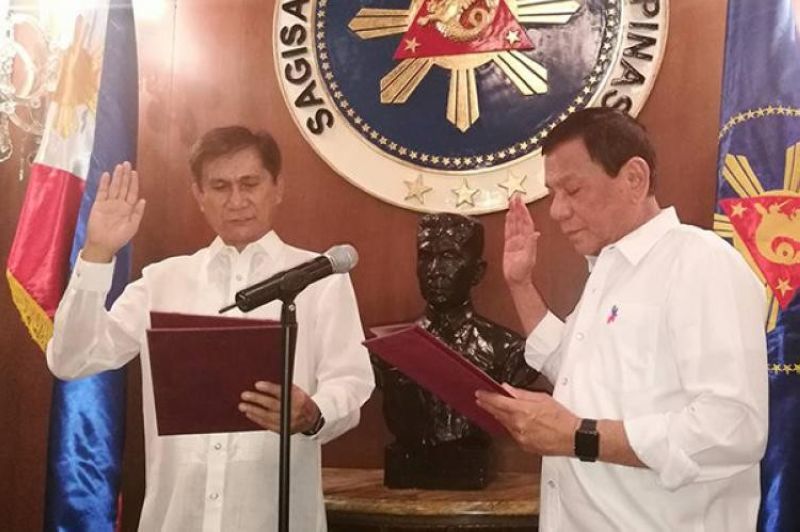 Duterte said he will issue an executive order giving Cimatu, who is currently the Secretary of the Department of Environment and Natural Resources, the authority to exercise in Cebu City the powers given to the National Task Force (NTF) Against Covid-19.

Cimatu is also given the authority to call upon the military to augment local security forces in enforcing quarantine restrictions.

“Sabi ko kay General Cimatu, just exercise the powers of the task force. Anyway, you are an adjunct office there,” he added.

He told Cimatu to fly to Cebu anytime, either through Philippine Air Force or commercial aircraft, and immediately report on the situation on the ground.

“I am just sad that Cebu has to undergo that painful situation now. But nonetheless, kaya natin ‘yan,” he added.

Duterte said local officials in Cebu City were already blaming each other for the worsening Covid-19 crisis.

“If you solve the problem locally, amongst the local officials, there’s bound to be a derailment in the programs of government because they would start to blame each other and nobody would try to introduce novel ideas or even to implement a measure with proven efficacy kasi nagsisihan na,” he said.

“So kayong mga taga-Cebu, It’s not that i do not trust your ability, but rather I said it’s the penchant to go into a... yung sisihan nga, tapos nobody would answer for anything,” he added.

Cebu City is the only area in the country that is under enhanced community quarantine (ECQ), the highest level of quarantine, due to a high critical care utilization rate, fast case doubling time and widespread transmission of Sars-CoV-2, the virus that causes Covid-19.

Duterte announced Cimatu’s appointment two days after the Inter-Agency Task Force (IATF) for the Management of Emerging Infectious Diseases passed a resolution directing the NTF Against Covid-19 to assess the situation in Cebu City.

The IATF also recommended the establishment of a National Task Force Emergency Operations Center and designation of a deputy implementer for the Visayas.

Cimatu will head the emergency operations center, Duterte said, as he called on local officials of Cebu to provide assistance to the retired general.

“Kailangan ko ng tao doon to give me the entire picture. I’m calling (on) particularly the DOH and DILG and the National Task Force to assist Secretary Cimatu,” he said.

“Kung talagang may i-lockdown man, uniform talaga and this has to be enforced by the police. Kung kulang ng tao, then Secretary Cimatu has the liberty of calling upon the military guys to help,” he added.

Later in the same meeting, the President expressed frustration at how stubborn Cebuanos are.

The President said he received reports from the military that residents of Talisay City have been going out of their homes like every day was market day.

Talisay City was placed under modified ECQ until June 30, but Cebu Governor Gwendolyn Garcia with concurrence by the regional IATF downgraded this to general community quarantine.

Under Executive Order 112 s. 2020 signed by Duterte, governors may impose, extend or lift lockdowns in cities and municipalities. Talisay City is a component city under Cebu Province.

Duterte reiterated that he was well aware of how Cebuanos helped him win the presidency in 2016, but warned against using this to do as they wish.

(Roy, go to Cebu. Find out what the problem is. Help them. Then tell me how I can help. That’s it.)

As of June 22, the Cebu City Health Department reported a total of 4,449 coronavirus infections, including 82 mortalities and 2,146 recoveries. Of this number, 2,221 are active.

The IATF earlier reported a 100-percent utilization of intensive care unit (ICU) beds, but private hospitals are expanding their critical care capacities as well as the number of regular beds for Covid-19 patients. (Marites Villamor-Ilano/SunStar Philippines)