Bzzzzz: What's next for Cebu City? Would anyone be held liable for 'fiasco'?: the questions IATF answered 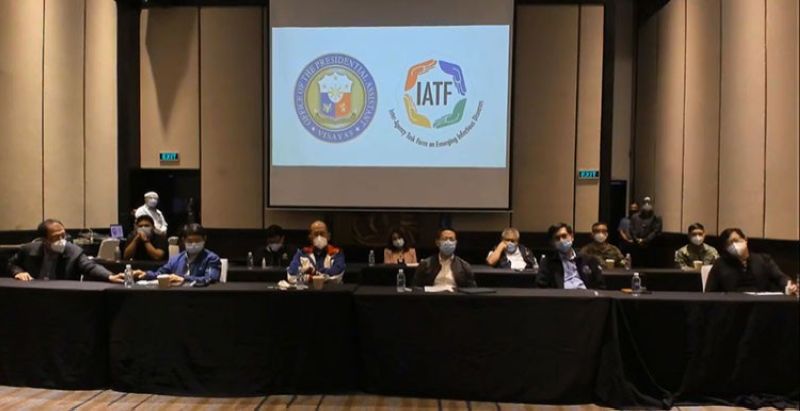 Mike Rama and the chickens

DYLA broadcaster Art Barrit believes that Cebu City Vice Mayor Mike Rama can give information about the "missing" (or more accurately, unaccounted for) 17,000 dressed chickens that were donated by a Thai company for distribution to deserving city residents.

Another set of 20,000 live chickens was donated to the Cebu City Association of Barangay Councils through Councilor Franklyn Ong, Barrit said. The donation was accepted by ABC in a resolution and publicly acknowledged, and Ong said the donated chickens can be accounted for by each barangay captain who received them for his constituents.

What the public does not know is whether the city accepted the 17,000 dressed chickens and how they were distributed, to the same barangay captains or through Milo or mayor's information and liaison office.

Even City Mayor Edgardo Labella appears not to know about the chickens. He publicly ordered an inquiry.

The press-con held in Cebu City Tuesday, June 23, was a mix of Cabinet secretaries, members of the Inter-Agency Task Force, who were actually in the same room at Seda Hotel, and others digitally brought to the conference by digital means. Expectedly it brought up these questions in the Cebu public's mind:

[1] WHAT'S THE CQ FOR CEBU CITY AFTER JUNE 30? Either GCQ or MECQ or continued ECQ, depending upon how the city would fare in the evaluation by DENR Secretary Roy Cimatu, as affirmed by IATF and the President. Those standards were mentioned repeatedly they couldn't have been missed by local officials.

[2] IS THERE ANY INVESTIGATION ON LIABILITY OF LOCAL OFFICIALS? None, it's a first time for all government leaders, not just in the country but in the rest of the world. The IATF members are in Cebu to find out the real situation and see how the task force can help.

[3] WILL THERE BE A THIRD TRANCHE FOR CASH AID UNDER SAP, particularly when Cebu City will continue under enhanced quarantine?

[4] IS LOCKDOWN CITYWIDE UNDER ECQ? It will be localized -- one that Mayor Labella describes as "segmented," by household, compound, sitio or zone, or barangay -- but only when the LGU is under general quarantine and Cebu City is not. Cebu Province can, under the authority given to the mother LGU to the subdivisions under it.

Not taken up or answered adequately because the President's representative, Secretary Cimatu, still had to begin his inquiry are:

[1] Whether hospital care utilization is actually near the max, with managements refusing admission to Covid-19 cases: Was it a case of shortage of rooms for virus cases only but not for other illnesses? How about the usage of quarantine and isolation centers?

[2] What's wrong with the reporting cases: Is it a case of contradictory reports or inaccuracies by a poor system or deliberate intent to under-report?

Regional Health Director James Bernadas got the most attention in the remarks from those watching the live-streamed press-con: not for his actions against Covid-19 but for sheer inability of his safest mask to rest on his face. His nose kept popping up, drawing the comment that either his face was too big or the mask was too small.

Some internet users showed they were naïve or reckless when even before the conference could start, they already posted "reports" that the IATF visitors were gathered at Seda Hotel without the top local officials being invited. The next images from the press-con site proved them wrong.