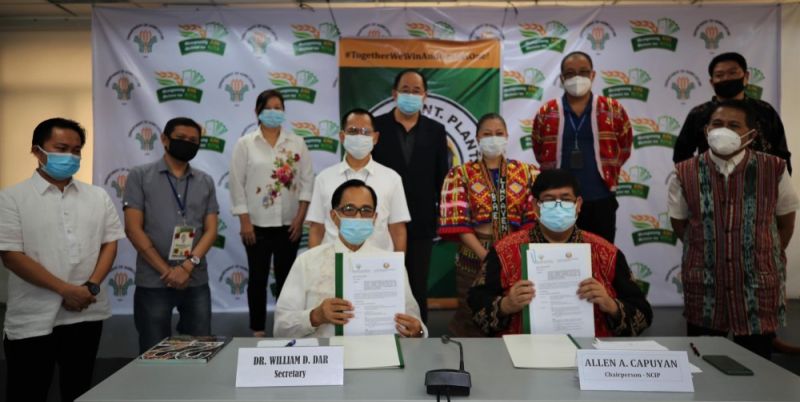 THE National Commission on Indigenous People (NCIP) in Davao is targeting to develop about 430 hectares in the total ancestral domain areas in the region following the launch of the Department of Agriculture (DA)'s food security program.

DA said the program aims to convert idle lands in the ancestral domains into food production areas to be a source of food and income for the IP communities.

NCIP Regional Director Gerry Aguio said there is no final site identified yet for the DA's food security program since they have to study the suitability of the land for planting.

But he said they initially planned to dedicate the current Integrated Ancestral Domain Approach (Iada) sites in the 43 ancestral domains in the region for the food security program.

He said the Iada sites are 10-hectare areas in the indigenous people's ancestral domain intended for NCIP's agricultural programs. It served as a training ground for the IP community on managing agricultural and financial activities by forming into a cooperative.

"Kung mapunduhan ni tanan, muabot ni og 430 hectares pero dili lang ni maglimit sa 10 hectares kay duna may mga ancestral domain nga tag unom ka munisipyo, tag pila ka barangay (If all of the sites will be funded, it will reach up to 430 hectares but it will go beyond that because there are ancestral domains which extend in six municipalities and more barangay). Hopefully, we will implement this in all barangay," he said.

Aguio said each site needs at least P2 million capitalization, which will be spent to create farmhouses, goat farms, chicken houses, and the planting of root crops and high-value crops.

He also said the Regional Development Council has committed one percent of its budget for the development of the IP communities.

With this, he urged partner agencies to invest in the Iada sites.