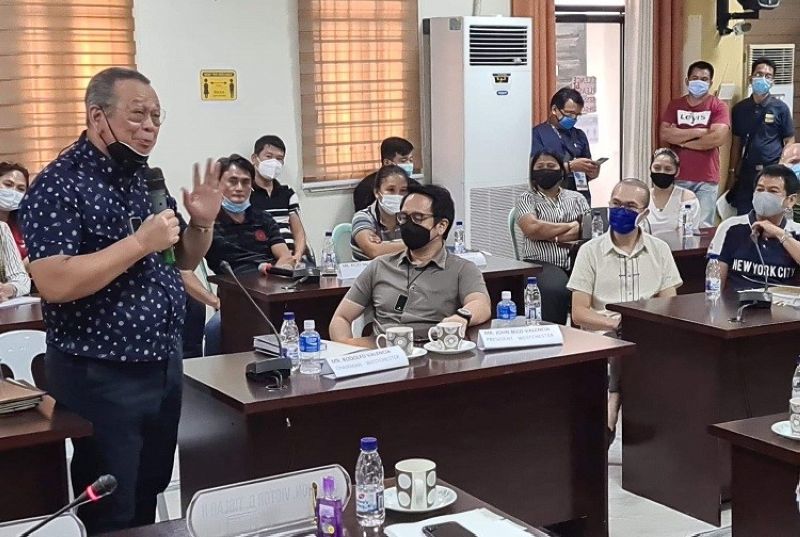 MABALACAT CITY -- The local government unit (LGU) of Mabalacat City through its city council and Westchester Development Corporation (WDC), and the Xevera Unity Group on Tuesday, June 23, 2020, came to an agreement that will finally help homeowners of model project Xevera Mabalacat here settle their housing loans.

Valencia earlier offered a 30-day grace period to settle delinquent accounts of home while preparing legal sanctions against them. He appealed to the Xevera Unity Group headed by Ricky Salvador to meet and negotiate with Westchester to iron out issues involving their housing loans. He said “eviction and bringing the issue to legal battle and filing of case is a last option for us. “

"Masaya ako at nagkaayos na sa araw na ito ang kaunting gusot sa Xevera Mabalacat project, kasi ito po ang modelong proyekto ng Westchester dito sa Pampanga (I am happy that we came to an agreement that will solve this problem because Xevera Mabalacat is Westchester's model project in Pampanga)," said Valencia, adding that he will reach out with the Salvador group hoping to find a solution and end the problem.

"Tutulungan ko sila. I will train them to become sales agents to boost their income," said Valencia.

Salvador, who earlier questioned the legality of the Xevera Mabalacat sale, for his part, said the agreement and offer are acceptable to his group.

"Okay na sa amin yun. At least nabigyan kami ng chance na maliwanagan at nabigyan pa ng palugit para maayos ang aming accounts (that's okay with us. At least we were given the chance to be clarified and the opportunity to settle our accounts)," he said.

He added that he stopped paying the housing unit he acquired through a loan from the Home Mutual Development Fund (HDMF) or Pag-ibig Fund since 2009 after the controversy involving Globe Asiatique and Pag-ibig Fund erupted.

"Siguro ang naibayad ko lang sa aking housing loan ay one year and half. Since then hindi na ako nagbayad dahil nga nagkasuhan na (probably, I paid my loan for a year and a half and since then, I stopped paying because cases have been filed), he added.

Aside from his housing unit, Salvador also maintained several units that he offered for rent which he admitted is not allowed under housing loan rules.

Meanwhile, Cauguiran, the Mabalacat City LGU, HMDF and other stakeholders vowed to help Salvador and his members reacquire the housing units they are occupying to legitimize their stay.

Lawyer Joseph Quiboloy, representative of Pag-ibig Fund, said he will bring Salvador's group plight to the management for them to appreciate. The group must cite in their letter the reasons for stopping payment, he said.

For his part, he expressed gratitude to Westchester, GA and Pag-ibig for attending the hearing despite short notice: "You have shown genuine compassion to the people of Xevera [Mabalacat] especially in this time of the pandemic."