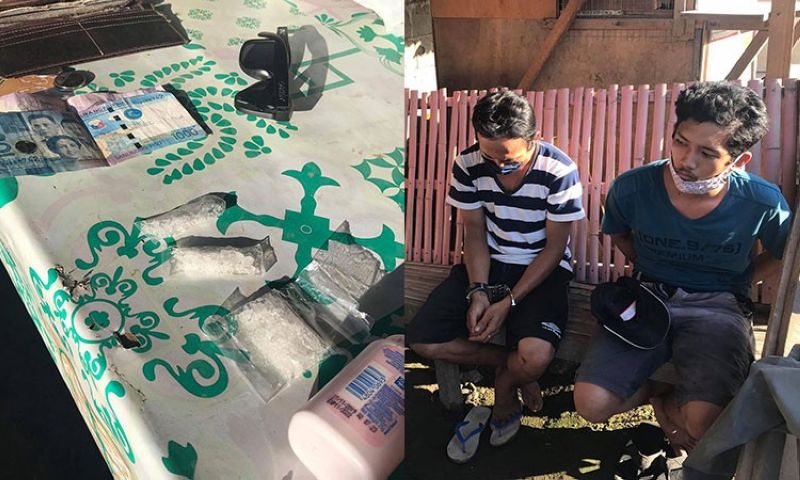 THE Bureau of Jail Management and Penology (BJMP)-Davao arrested two persons on Tuesday, June 23, after they were caught allegedly throwing illegal drugs wrapped in white cellophane into the Davao City Jail.

The cellophane contained stone and a pink-colored face powder container.

Based on a report provided by BJMP-Davao spokesperson Jail Inspector Edo Lobenia, the incident happened around 6:20 a.m. of June 23.

After they were confronted by the CSU personnel, the two suspects attempted to escape but were stopped by Lobenia.

Upon inspection of the confiscated items, three sachets containing white crystalline substances, suspected to be illegal drugs, were found inside the face powder container.

He said they are still investigating who the recipient of the drugs inside the jail is.

Lobenia said a similar incident happened several years ago but instead of illegal drugs, cigarettes were thrown inside the jail.

After the incident, Davao City jail warden Ian Glenn Ocmen held a meeting with personnel stationed outside the jail. They also conducted a walkthrough in the area where the incident happened. The jail management is already in the process of identifying an additional watch post at the basketball court.

They are also looking into fortifying a privately-owned vacant area at the back of the jail.

The area could also be a location where some contrabands are being thrown into jail.