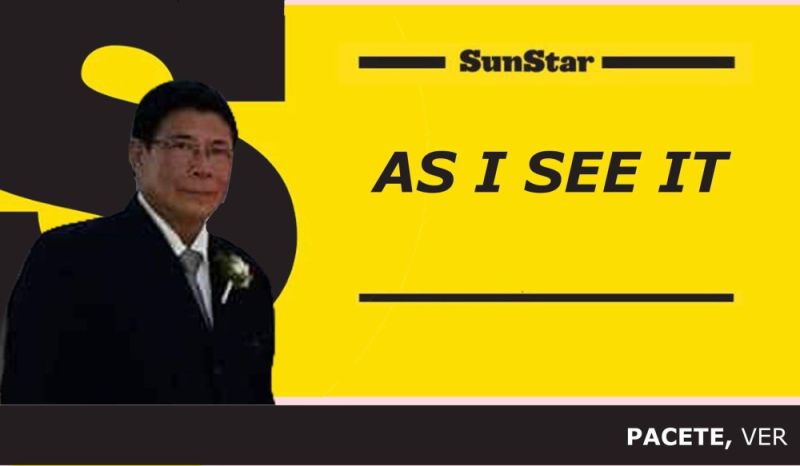 AN ANCIENT romance gave birth to Mount Kanlaon. It was the unsurpassed and uncompromising love that weaves stories on how this massive land form found its way in the middle of the island of Buglas.

Diverse stories have been said about the legend of Kanlaon with varied plots and conflicts... unforgiving love, love-hate relationship, love born out of time, the curse of the wicked, wrath of gods and more.

Our early ancestors made mention of the sacrificing love of Kang and Laon. The lovers had no choice because their warring chieftain-fathers wanted to keep them apart. They were caught by a turmoil and decided to die together in each other's arms. That supreme love for each other evolved to become a mountain.

Their anger formed Marapara, the beautiful mountain between Mt. Kanlaon and Mt. Silay. The Atis of Negros know the story very well. That could be the reason why they are going down from the slopes every time that there is a possibility that Kanlaon Volcano will go wild. Our black brothers have their "ancient radar" that is very effective.

Stories are conflicting and funny. Legends are always like that. They are so good to be untrue. Among the so many Kanlaon versions, I like "The Legend of Sugarcane." Negros is famous for sugarcane and out of this grass, Negrosanons produce sugar.

Here is the story. "The Legend of Sugarcane" was first presented as a musical play in 1972 during the 10th year anniversary of Colegio San Agustin-Bacolod (CSA-B). I was a third year college student then. Princess Marapara was engaged to Prince Kanlaon after their parents made a settlement. Kanlaon did not know that Marapara and Prince Silayan were sweethearts.

Kanlaon and Silayan unintentionally met one day and their rage for each other was meanly realized. There was a fiery sword fight. Marapara intervened but she was accidentally hit by the sword of Kanlaon and she died. She was buried and bitterly mourned by the tribe and her two repentant lovers. Weeks later, a tall grass grew on top of her mound.

The grass has a stalk that is so sweet. The natives called it "tubo," meaning has grown from the mound. That "tubo" later was propagated and became our sugarcane where we obtain sugar, our number one product in the province.

That musical play was a part of the "velada" or evening show presented by CSA-B during the college day fiesta. The script was prepared by Fr. Eduardo Perez, OSA. It was choreographed by Marivic Fontanilla. The original Marapara was Cecile Diaz with Ramon Noble as Kanlaon and Danny Torre as Silayan.

I am thanking my friends for helping me on this research: Prof. Modesto Sa-onoy, Maestro Rudy Reveche and Senyor Edgar Jison. Stories were also shared by the wandering Atis, "sacadas and dumaans" of Hacienda Adela Folklore Village. I am always their loyal listeners.

The animists of Buglas always believed in their guiding spirit, "Laun... the old, the ancient, of antiquity. "Kang Laun", the volcano, is in the heart of Negros Island. It means belonging to the Old Laun, the god of the early inhabitants. He was worshipped as the creator and supreme ruler.

Older Negrosanons believe that a "sota," half black-half white being, rules the inner sanctum of the volcano. He is the "hari sa bukid" and the provider of the ancient knowledge of healing to the "babaylanes" and "serohanos" who visit him on Good Friday.

Kang Laun is a good provider. He has provided the farmers at the base of the mountain with fertile soil and abundant harvest. The Kang hates trespassers, "kaingeros," loggers, irresponsible tourists and trekkers. They bastardize the habitat of the fairies and other elementals. When he is offended, he roars in anger and exhales the smoke of fury.

I was once challenged by Inday Fe, the favorite in-house "serohana" of the defunct Radyo Hiligaynon in Bacolod to go with her to interview the late President Ramon Magsaysay who is just resting in Mt. Kanlaon in the abode of the "tamawo." "Come with me. There are other interesting personalities there that you would want to meet."

I was almost tempted to join Inday Fe in her astral travel to see what is beyond imagination. My wife did not agree. "What Mount Kanlaon can fascinate you, I will double that." I obeyed my wife. She is really more fascinating. Kanlaon is not just a mountain volcano. It keeps wonders and danger.

To date, Kanlaon is at an abnormal condition and has entered a period of unrest.