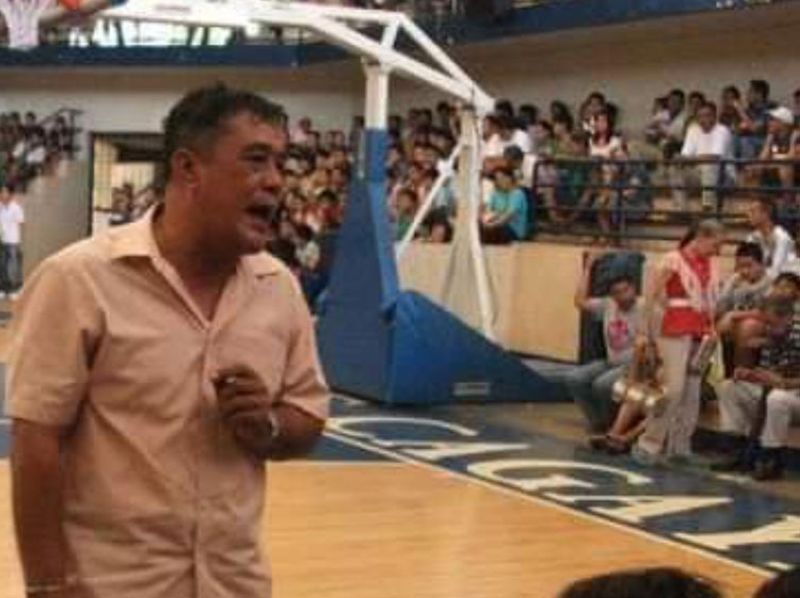 The long-time hoops mentor of Cagayan de Oro College (COC) Scorpions, who later joined the South Western University (SWU-Phinma) in Cebu City, succumbed to the dreaded disease on June 23 after a complication of pneumonia and was cremated on June 25. He was 62.

A nephew, Dave Wong Tilap, posted this announcement on his Facebook account: "In behalf of Gabales Family, it's a tragic news to inform everyone that our uncle Felixberto “Bobong” Coach Bong Gabales lost his battle against Covid-19 in Cebu. Tito, your kindness and greatness will always be remembered especially with your anak-anakans in COC.”

After the news came out, outpouring condolences from friends, relatives, religious peers and especially former varsity players of the COC Scorpions flooded in social media network as the late Gabales -- whose coaching antics and signature “character” gestures that always drew attraction in any basketball game -- were so beloved and treasured in the local sporting circle.

To some of Gabales’ trusted playmakers such as Elvis “Dodong” Pahilan, Cyrus Diango and Raymond Mercader, the simple reminder “focus do” and “limti-limti lang ang adlaw makahuman ra lagi ka’g eskwela” is a legend that will resonate to many young and budding student-athletes from poor families that he helped become a better person someday.

“You have been a secret hero to many in giving scholarships to the youth, at least 20 scholars in every municipalities of Misamis Oriental, Bukidnon and Camiguin, your work enthusiasm has been an inspiration to us,” coach Bonggab’s erstwhile charges said in unison, who also remembered him for always encouraging them that “walay lisod nga trabaho kung ikaw malipayon sa imong gibuhat.”