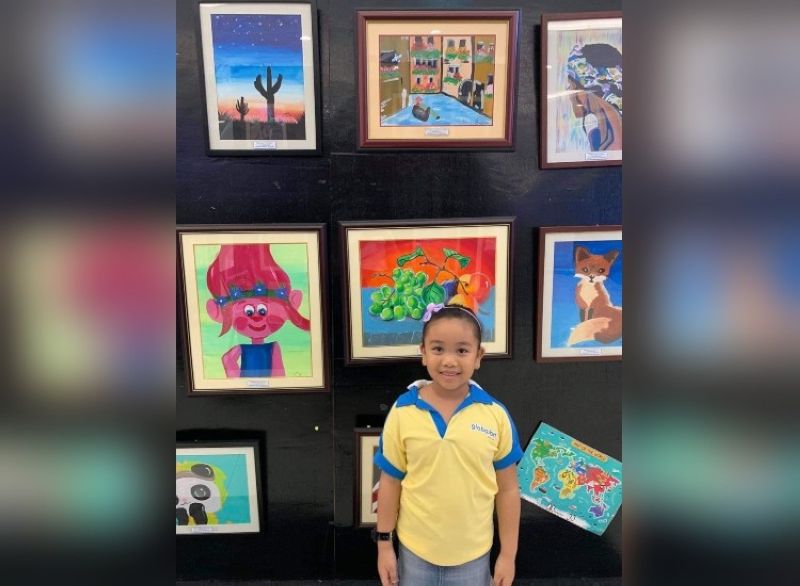 SUPPORTED. Seven-year-old Bella Manuel was well supported by people who bought her paintings which proceeds will go to a young boy with hydrocephalus. (Contributed photo)

ANGELES CITY -- Local officials and businesswomen here have purchased some of the artworks of a seven-year-old painter.

Proceeds from Bella's painting will be donated to Baby Sean, a child from Barangay Pulung Cacutud who has hydrocephalus.

Bella's mother Reina expressed her gratitude to the support that her family has been receiving for their advocacy to help people who need it most.

"This is a testament that in the midst of a pandemic, there are helping hands everywhere who are willing to share with anyone what he or she has. There is happiness in sharing. Thanks to everyone's kind heart," Reina said.

The Manuel family will personally handover the sale of paintings to Baby Sean and his family.